They would need to be siblings, of course.
SpoilerShow

Oh, I am sure that they'll expand on the character of Georgie.
Autism attracts more autism. Sooner or later, an internet nobody will attract the exact kind of fans - and detractors - he deserves.
-Yours Truly

VoiceOfReasonPast wrote: ↑
Sun Jun 06, 2021 6:51 am
One of the most bizarre things was probably how the sequel was almost a black comedy at times, whereas the fist one had a more consistent tone.

Consistent in being ridiculous

Henry Bowers x Patrick whatever the fuck his name was. They’re totally gay icons but of course nobody wants to claim them because they’re psychotic.
I’m getting too old for this shitposting.
Top

All "gay icons" are scum, fictional or not.
Top 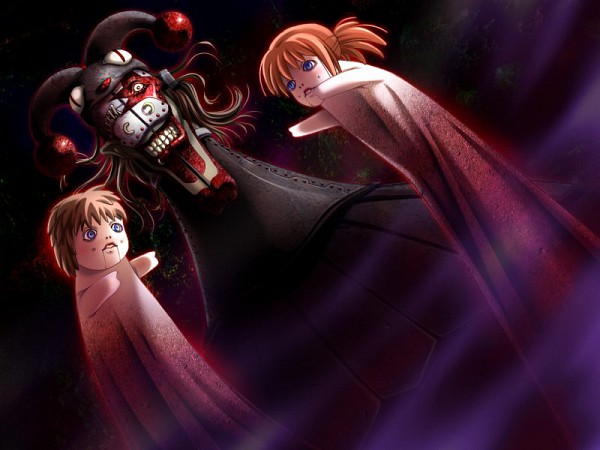 While searching for the picture i learned that apparently someone translated it.
But i'm not sure if i'm ready for those levels of smut and degeneracy.

I know you want to.

Okay, the firs tone had its moments, but the second one just didn't have the right execution to just about everything.

I was about to see he was actually killed by mosquitos, but apparently it was flying leeches.

Though this highlights how Bowers' nakama always seem to get the short end of the stick in these adaptions. The leech kid was Patrick Hockstetter, who in the recent movie is just some generic Spoony lookalike who gets murdered off-screen after being chased by zombie kids.
In the novel he's a fat little kid who might actually be more fucked in the head than Bowers, with others not finding out because he's more introverted. He basically thinks that only he is "real".
Autism attracts more autism. Sooner or later, an internet nobody will attract the exact kind of fans - and detractors - he deserves.
-Yours Truly

VoiceOfReasonPast wrote: ↑
Sun Jun 06, 2021 8:37 pm
I was about to see he was actually killed by mosquitos, but apparently it was flying leeches.

Yeah i remember the novel describing those creatures as "undefined" and "unreal", because among the fears the guy had (a guy who was killing animals and putting them in a freezer or something) one was about being consumed by the unknown/unreal and forgotten.

I'm sure they just fucked the child actors themselves off camera instead. Lots of casting had to be done.
SpoilerShow