VoiceOfReasonPast wrote: ↑
Mon Sep 19, 2022 5:04 pm
German TV mentioned him every now and then as this grand US movie maker, but I don't think any Kraut could name even one of his movie.
I'm not even sure they ever aired here in the first place. Maybe on some garbage slot.

Bet you arte aired several of them.
SpoilerShow

She also ballooned up at some point, like a Holly Brownbag who's Asian for real.
And didn't he also molest (or at least tried to) his second adoptive daughter, that he and the first adoptive daughter/wife adopted?

Woody Allen's old girlfriend of about twelve years, Mia Farrow, had fourteen children, mostly adopted. One of them was Soon-Yi, who was 21 when Mia discovered that she and Woody were in a relationship (via nude photos of Soon-Yi that she found in Allen's possession).

That's fucked up. I won't deny that.

This was the big celebrity freak show story of 1992. It was huge and in the middle was a little subplot that Mia accused Woody of molesting her six-year-old adopted daughter Dylan.

The Dylan molestation is a controversial topic because there's no evidence for it. Literally all we have is an angry, humiliated Mia Farrow's accusation and Dylan's fuzzy early childhood recollection. In 1992, people blew it off. There were no legal repurcussions. The press forgot about it quickly. It didn't come up again much at all until Dylan grew up and was still saying that Woody molested her and her journalist brother, Ronan Farrow, took it on as a story.

What happened? I don't know. Maybe it's true. I wasn't there.

My theory though is that Mia was out of her mind at the time and planted these memories in Dylan's head. Because it's curious to me that Woody Allen does not have a long line of accusers. All of those powerful show business creeps don't have ONE accusation; they have dozens. Harvey Weinstein. Dan Schneider.Something doesn't add up here.
Top

Finding a pedophile in Hollywood is like discovering a drop of water in the ocean.

I also know that one of the other adopted children has pushed back in a blog years ago saying that the molestation accusations are false.

So hard to say
Top

My big thing is a movie like Manhattan - which reads as Allen telling on himself, and ex girlfriends of his talking about him fucking 16-17 yr olds.

Said ex girlfriends having been 16-17 yr olds when he was fucking them.

CuckTurdginson wrote: ↑
Thu Sep 22, 2022 8:55 pm
My big thing is a movie like Manhattan - which reads as Allen telling on himself, and ex girlfriends of his talking about him fucking 16-17 yr olds.

Said ex girlfriends having been 16-17 yr olds when he was fucking them.

He's an Ephebophile. Mia made up the pedophile allegations and coached her kids to repeat them. It's hard to feel too sorry for Woody given that he is a degenerate.
お前はもう死んでいる。
Top

In every other Woody Allen film besides "Manhattan", his love interest is an adult. The closest he gets to a "Manhattan" situation again is in "Husbands and Wives" (1992), in which he plays a novelist who has a brief flirtation with one of his college writing students..

Woody Allen's films are fixated on infidelity. Men and women cheating on each other (or at least struggling with the temptation). That's a factor in nearly all of his movies. He likes troubled relationships, doomed relationships.

My interpretation of the relationship in "Manhattan" is it's meant to denote the immaturity of Woody Allen's character.

In the 70s, there wasn't the same sensitivity about these matters. Earlier that decade Charles Bronson was in a movie called "Lola" in which he romances a 16 year old and it's presented as a light-hearted romcom. 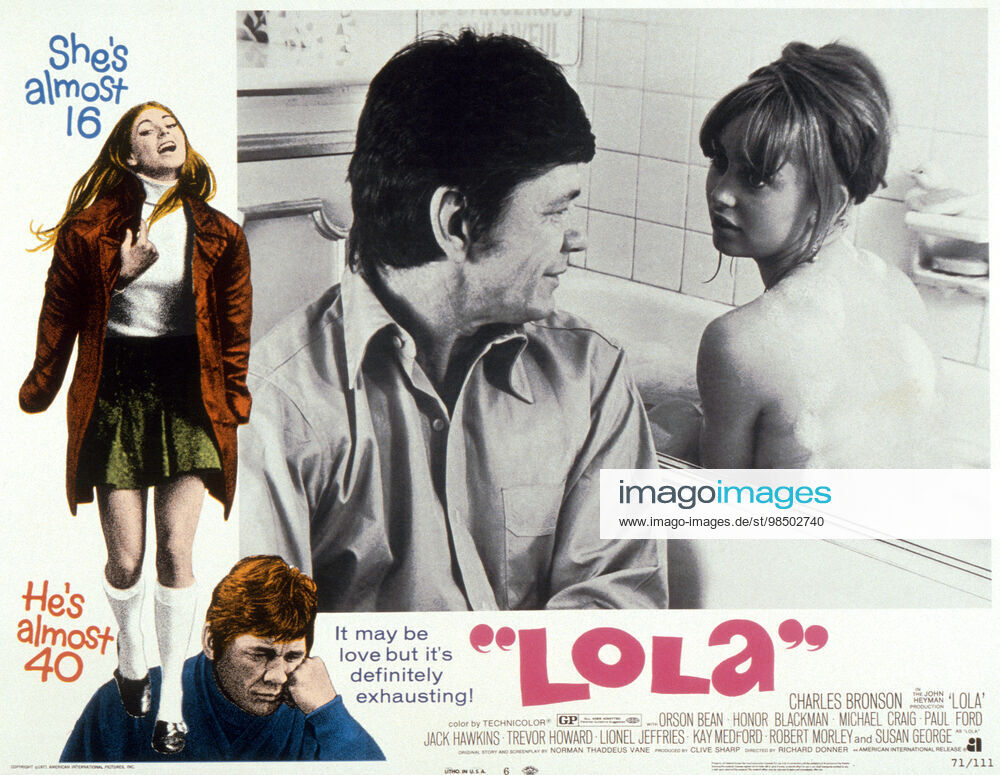 "You believe in statutory rape?"
"Well, you're gonna meet it".