The Manosphere really hated this show. They blamed it for feminist/sjw rape hysteria.
Every week some bitch gets raped by a bad evil man and impressionable youngsters think it's all real.
お前はもう死んでいる。
Top

Le Redditeur wrote: ↑
Wed Mar 31, 2021 12:50 am
I'll believe it when it has the equivalent of Ice T talking about Civilization V with the Brave New World expansion.

I can almost guarantee you won't be disappointed. It's network TV so there's no chance of it being good, and it's CURRENT YEAR Law & Order so expect heavy-handed shitlib politics and ripped from the headlines stories so far from the actual story that it verges on parody

Losing Stabler was the worst part.
I’m getting too old for this shitposting.
Top

It became unsalvageable when Richard Belzer left. He's a hippie leftist, but an old school one who was into conspiracy theories and stuff that would be labeled alt-right by the tranny writing room today. When Munch went you knew what kind of show they were after.

It's the live-action version of the Simpsons at this point, an abomination that remains on-air because it would be too much work to cancel it and create something new. If they're going back to L&O I can only assume Wolf's Chicago shit is starting to falter or the basketballers are causing too much trouble. He's a one-trick pony and his shows haven't been enjoyable since the original L&O went off the air over a decade ago.

Worth it if they bring back the hottest ADA in NYC: 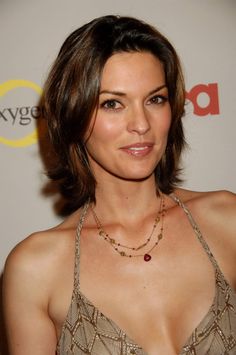 Guest wrote: ↑
Thu Apr 01, 2021 5:55 am
It became unsalvageable when Richard Belzer left. He's a hippie leftist, but an old school one who was into conspiracy theories and stuff that would be labeled alt-right by the tranny writing room today. When Munch went you knew what kind of show they were after.

It only made sense to cut him because he only appeared in maybe half the episodes to begin with. SVU writers didn't really know how to write the character, because they're hacks and because a sarcastic conspiracy theorist doesn't really fit into a show about muh rape. The only reason Belzer was on it to begin with was because Homicide ended and Belzer called up Dick Wolf to suggest that Munch become Lennie Briscoe's new parter on L&O (they had good chemistry in the crossovers). But Dick Wolf already cast Jesse L Martin so he gave Belzer SVU as consolation.
Top

SVU is the worst show cop show ever made. At least in the modern era. (Is 1999 considered modern anymore?) So of course in this hell on earth it's the only one to survive.

Dick Wolf is weird. He has to be a police nut hugger so they'll cooperate with his shows, but he's also trying to foist all this racial shit into everything he does now like a good little ChinaWood liberal, and it's all based on May 2020 misinformation about racist statues and Kirby Puckett being murdered by police. I accidentally flipped to an episode of Chicago PD a couple months ago and one of the characters was driving around listening to a news reporter about the "murder" of George Kirby. Imagine how this shit is going to age in just a few years. Imagine turning on an episode of TJ Hooker and hearing a lecture about how John Hinkley was a misunderstood kid being persecuted by white supremacists.
Top

No, their Chicago shit is way worse.
Top

Because Chauvin is going to go away, one way or another, due to a combination of tainted jury pool due to media indoctrination, a malicious far-left prosecutor out to make a name for himself and the New York Times literally threatening the fucking jurors, I'm not optimistic.
Top
Post Reply
2778 posts