Sword-Chucks, yo! Sounds like my homebrew of The Dark Eye where the planet Dere (real creative anagram of Erde u guise) was a six-sided die, with the other side containing Faerûn , and the Drow trying to tunnel through :3

I am tempted to look into the newest hipster/edgy RPG Mörk Gryning or some shit, but my fear of seemingly everything being woke shit nowadays has stayed my hand. Anyone having good times with Bork Bork?
Iä! Iä! Cthulhu fhtagn! Ph'nglui mglw'nfah Cthulhu R'lyeh wgah'nagl muh'fugen bix nood

Pretty sure you're relatively safe with Bort Bort, for a few reasons:
Autism attracts more autism. Sooner or later, an internet nobody will attract the exact kind of fans - and detractors - he deserves.
-Yours Truly

Man, I just remembered some cancer from Pathfinder 1e, mainly because this Final Fantasy homebrew is also fully on board with it:

Archetypes: Mainly a result of Paizo hating prestige classes and multi-classes. They're like class kits from AD&D 2e. Swap out some class abilities for different class abilities to represent a slightly different class without having to come up with a different class. If there's no overlap in the removed abilities you might even have multiple archetypes.
Throughout PF 1e's runtime, Paizo has shit these out like it was going out of style. Balance was of course all over the place.
Paladins for example got a gun-focused Archetype (from the book with the Gunslinger class where every existing class got some gun-focused archetype or two) where Smite Evil was nerfed to the ground for some reason.
Meanwhile there's the Zen Archer who can use Flurry of Blows with bows, which not only lets him shoot more arrows per round than even the most specialized Fighter, but also lets you ignore one of the Monk's main drawbacks (any time you can't do a Full-Attack because you had to move close to your target meant that you take a huge hit both in the number of attacks and the Attack Bonus).
The Zen Archer's reign was briefly threatened when Paizo tried to stealthily nerf Flurry of Blows in a way that would've made all weapon-focused Monk archetypes unplayable (they basically argued that you you were never supposed to be able to use all Flurry of Blows attacks with the same weapon; apparently the Zen Archer was always supposed to waste half of his attacks kicking the ground).
What annoys me about Archetypes is that, while they offer more customization, it's customization that should've been part of the base class. But they just didn't want to disturb the holy customization levels of 3.X.

Racial Favored Class Bonus: Now that's the big one. This shit is annoying like you wouldn't believe.
So, the infamous Favored Class. In 3.X every race had a Favored Class (except humans, for whom their highest-leveled class always counted as the Favored one). If any non-Favored Class has more than 1 level over your Favored one you get XP penalties. It was basically some weird crutch to prevent people from going too crazy with multi-classing, and to slightly enforce level ranges like in the old style of multi-classing from AD&D (where you just spread our XP over 2-3 classes; except when you're a human because they had totally different rules for this for some reason).
The people at Paizo realized that was a shit idea, but for some reason they didn't want to abolish the Favored Class nonsense entirely. So instead they gave it a positive spin by letting you choose between +1 max HP or +1 Skill Rank every time you gained a level in your Favored Class. So far, so good.
Then they were looking for some new shit to fill their supplements and splat books with, and the Racial Favored Class Bonus was born. Take a class and come up with an alternative Favored Class bonus for every race that you can pick instead of the usual +1 HP / +1 Skill.
This shit got finicky real quick, especially since they "balanced" stronger bonuses by forcing you to take them multiple levels beore you even get a single benefit.
A +1/6 bonus to Bull Rush attempts? Boy, I can't wait to get that sweet +1 in 6 levels!
A +1 to my range with bows? Fantastic! What's that? This only takes effect every 5 levels because ranges only ever work in 5-ft.-increments?

I guess if you're lucky you find some race for the Sorcerer (or other spellcaster with a limited spell pool) that lets you learn an additional spell or so, but JFC, this shit is like the crown jewel of nickel-and-dime bonuses that Pathfinder is infamous for.

And WTF is up with Exotic Weapons, anyways? It has always been some weird seperation from the normal Simple/Martial Weapon groups, which needlessly limits 3.X to medieval fantasy Europe (a lot of Exotic Weapons are shit like firearms, ancient weapons or weapons from Glorious Nihon, meaning you can't play in Fantasy Japan without house rules or some Samurai/Ashigaru class, and 3.X isn't really known for having a good Samurai class), is generally a shit way to "balance" weapons (bastard swords are not worth it; without a Feat they're just shittier greatswords, and with a Feat they're slightly better longswords, except you just wasted a Feat), a bit weird (the problem with the bastard sword is highlighted by its axe-equivalent, the Dwarven Waraxe; at least dwarves just count it as a Martial Weapon), or pretty fucking weird (the Dire Flail, however the fuck you're supposed to use that without hitting yourself is anyone's guess).
Pathfinder once again decided to keep this stupid part of 3.X (for the core of 3.X is holy and shan't be tempered with). They fixed some things by nerfing what was probably the only cheesy Exotic Weapon (the Spiked Chain, an infamous incredient for annoying Trip builds), but then they made several things worse because they generally made Exotic Weapons better than their Martial equivalents to warrant the Feat tax, which let to the Falcata ruling supreme in many Fighter builds (since it's pretty much a longsword that has both a wider crit range and a better crit multiplier in a game where most weapons generally only boost one of these, and Pathfinder Fighters have a shitload of crit Feats).
Autism attracts more autism. Sooner or later, an internet nobody will attract the exact kind of fans - and detractors - he deserves.
-Yours Truly

I still fail to see how any of that shit is a big deal. It's just words on paper. You can just homebrew the fuck out of it, no?
SpoilerShow

Words have power, and there will always be ones seeing them as holy gospel in their neverending quest to find the cheesiest build.
Autism attracts more autism. Sooner or later, an internet nobody will attract the exact kind of fans - and detractors - he deserves.
-Yours Truly

It's all words on paper and you can (and will) homebrew stuff to your heart's content. But it will always be funny how professional game designers can't come with "official" solutions to their own balance problems, while some autist can easily figure out a proper errata.
Top

The common solution for 3.X, Pathfinder, 4e and probably also 5e tends to be "Let's just add a Feat in the next book that fixes the math a little", instead of, you know, fixing the math.

Sometimes the Feat fix is in the same book.
What's that? The Full Attack rules suck because it means your damage output takes a nosedive if you take more than one step? Here's a chain of trap feats that add extra dice if you make a single attack. At least 4e just gave you an extra damage die automatically whenever you go up a tier in power level.
Still not sold on the Full Attacks? Here's a Feat that let's you attack multiple targets with a single attack (Cleave), and here's one that let's you do an attack in the middle of movement (Spring Attack). And no, none of these Feats can be used together, no matter how much this would make combat cooler and more interesting.
What's that? Monks suck because they only get a full Attack Bonus when they do Flurries? Here's a Feat that gives anyone a full Attack Bonus when they do combat maneuvers.
Eventually they did give us a Monk that just has a full Attack Bonus progression, but that's a different variant class in a different book, because heaven forbid we actually change the core class in the core book, the holy scripture (probably) based on the infinite wisdom of the great prophet Gygax (except Gygax wasn't a big fan of 3.X, but that won't stop Paizo from pretending they are the true successors to his legacy).
Autism attracts more autism. Sooner or later, an internet nobody will attract the exact kind of fans - and detractors - he deserves.
-Yours Truly

Welcome to Thoughts & Opinions, the opinion piece column where I present to you my thoughts and opinions about things and people.

So far we've been mostly rambling about proper tabletop RPGs, but this time it is time to delve into the wide world of hombrew RPGs.
Unofficial Final Fantasy tabletop RPGs have been around for years in all shapes and sizes, but some autisms are shared by most of them: But enough about this, let's get to dem games!

Returner's Final Fantasy RPG (1e - 3e)
SpoilerShow
Actually just called "Final Fantasy RPG", but the "Returner's" moniker is generally added to differentiate it from every other Final Fantasy RPG. It's pretty much the granddaddy FF homebrew, and the one with Yetis as a playable race.
It's pretty shit, basically. The 1st edition has been pretty much purged from the internet, 2e is yanky af, 3e is only slightly more tolerable, and pretty much every other FFRPG can trace its root at someone having enough of the Returners version. I'm mostly familiar with 3e, so let's rant about that.
One of the main issues with the game is that it's very design by committee, with too many conflicting ideas leading to classes (or "Jobs", as they are called in Final Fantasy) that are all over the place and pretty hit-and-miss (usually "miss"). And despite spending years in a beta status, there hasn't really changed much in the final product. Stats for Summons have changed slightly, Thieves are slightly less useless in combat because Daggers and similar weapons can no use Agility instead of Strength for damage, and several abilities have been renamed to I assume be closer to the most recent and official translation (fuck you, "Quadra Slam" will always sound cooler than "Flurry"). They also never really did anything to make the bolted-on percentile skill system interesting.

Wow, you really earned your DHI Premium sperg-gold for this post 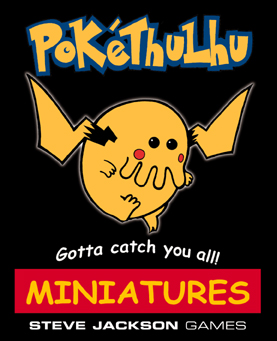