Talk about the life consuming, celibacy inducing hobby that is all the rage these days.
Post Reply
441 posts

Gary Gigax did ripoff some things directly from the Tolkien books (in 1st Edition, dragons had a % roll to check if they were asleep when encountered - an obvious reference to Bilbo's encounters with Smaug), but his main influence were war games.
Top

He has ripped off all sorts of random shit, but that doesn't mean D&D is actually a good fit for emulating that random shit.
I mean, the OG Cleric is basically a suped-up Van Helsing (to act as the "Anti-Vampire" for the fantasy expansion of his Chainmail wargame), and the OG Monk is the result of someone else describing David Carradine's character from Kung Fu to him because he wanted a character based on that show.
And of course your typical D&D magic is called "Vancian spellcasting" because storing your spells in your brain is straight from Jack Vance's Dying Earth series.
Autism attracts more autism. Sooner or later, an internet nobody will attract the exact kind of fans - and detractors - he deserves.
-Yours Truly

Big Battletech writer is cancelled and fired because a single 40 years old nutjob who pretends to be a woman on Twatter doesn't like his Trump support:

In other news, I wonder how the two "[Minority]: The Wakandaing" RPGs are doing.
Wondering what I'm talking about? It's a variant of the "Non-Eurocentric" campaign settings (a buzzword used to imply that all those older RPGs have neve tackled anything that's not Medieval Europe, which is pure bs) wherein [minority] gets to build a shining utopia in an alternate history where they never had to suffer through colonialism. Even if the setting is set in the far future and it shouldn't actually matter of colonialism happened or not. They just want you to know that it never happend in their idealized setting.

Into the Mother Lands aka Space Wakanda is still looking like a scam. There's still no word on what rules system this shit is actually gonna use.
Or maybe there has been word. I dunno. For the longest time all updates that actually talk about the state of the game are backer-only.

Coyote & Crow aka Native American Post-Post-Apocalypse Wakanda has actually been released. It also made about 3 times as much cash as Into the Mother Lands despite the latter catering to the more "popular" [minority]. What a difference it can make if you actually know what system you wanna use.

I recently also got to take more a of a deep-dive into thise C&C thing, and it's quite weird tbh.
First of all: the font. Holy shit, just look at it. 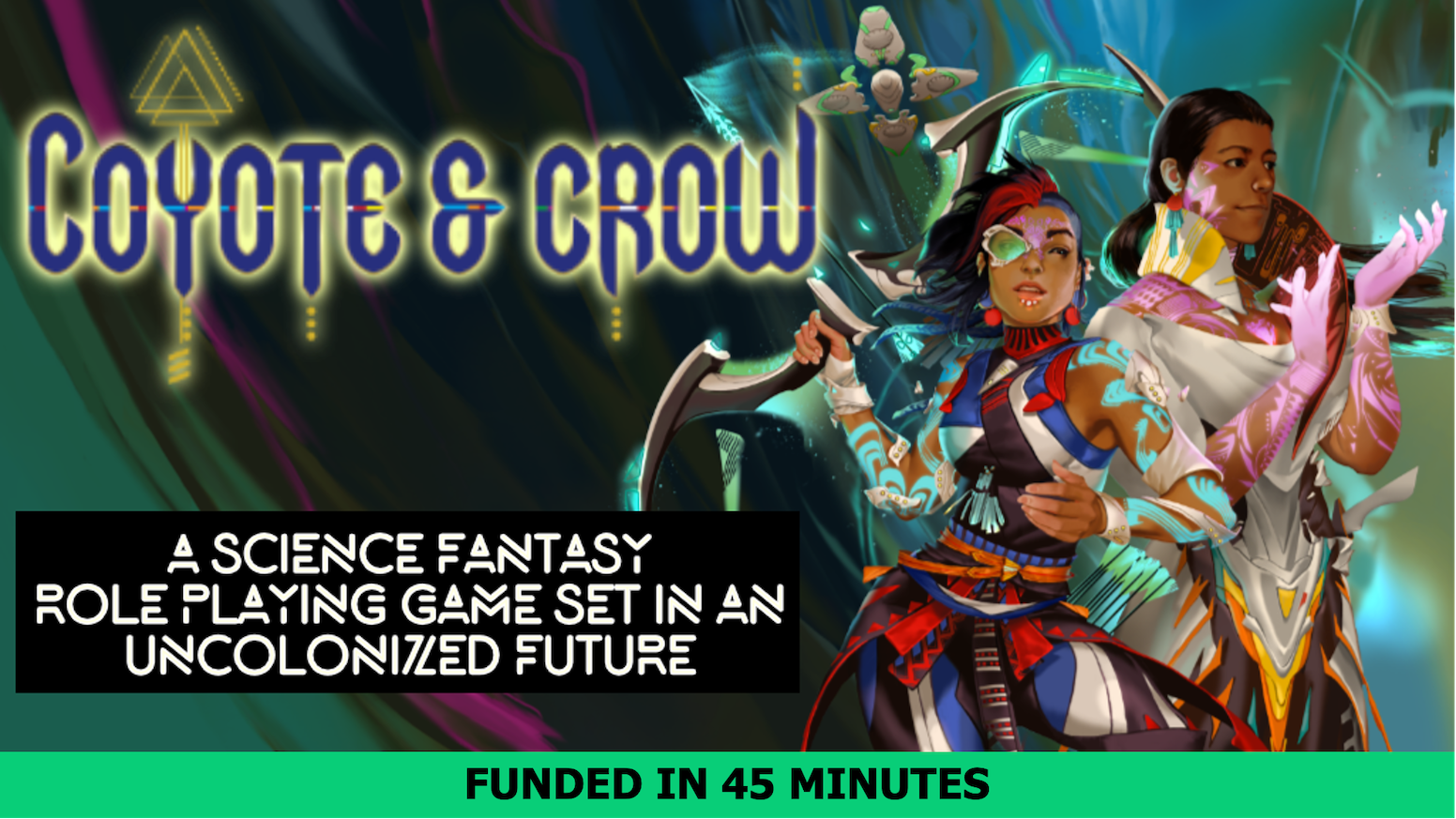 Then there's this map of the Missisipi Delta in about 700 years: 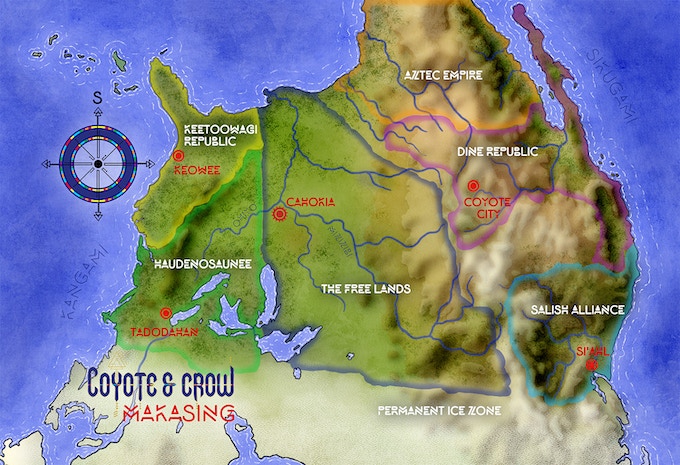 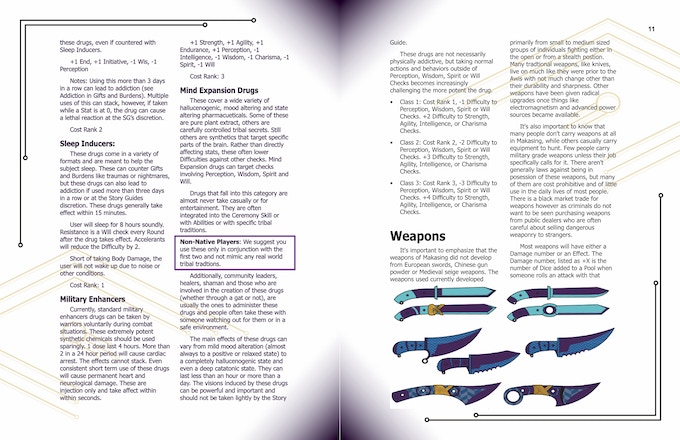 Tbh, the resolution is pretty shite on this, but what this helpful info box FOR WHITE PEOPLE is telling you that your Native player character should not use drugs for ritualistic purposes because your non-Native player ass should not appropriate glorious Native culture.

I also like that there's a FAQ entry where they explain why they won't be shipping outside of 'Murrica for the time being:

There are a couple of reasons here. First, this our first Kickstarter and I've heard nothing but horror stories from everyone (creators and backers) about international shipping issues.

But, there's another more personal reason too. And that is that, for the first run of this, just for a little while, I want this to be ours. And by ours, I mean people Native to North America. I want us all to be able to call this one ours for a bit before we share it with everyone else. Indulge me, please.

Get fucked, non-Natives!
Autism attracts more autism. Sooner or later, an internet nobody will attract the exact kind of fans - and detractors - he deserves.
-Yours Truly

Well, you can keep it. Be sure to refund every non-Feathernigger while you're at it. You wouldn't want their dirty colonizing money.

Better still, get paid in traditional native currency, like bear pelts, which you can then exchange in the traditional Indian way for bottles of cheap fire water.
SpoilerShow

Great marketing. Though they are either lying, orthe promise of sales to the white devil is too tempting, because C&C is readily available in German shops.
And this south-centric map is at the same time irritating and I will bet good money that it's not founded in actual history, rather just to be different.

I guess the niggers from Chimpcongo will find a way to run away with their scam money, stringing people along for more than a year now. Reminds me of the Spanish Fraudsters who wanted to release a 25th anniversary Remake of Hero Quest for more than 5 years

Spanish Sperg taught us that those spics aren't to be trusted.
SpoilerShow

They could've really just made their own setting that happened to be heavily inspired by Native culture (which is effectively what they did here), but they had to be extra-virtuous with their "Colonialism never happended here" angle, which just makes things needlessly weird.

I also like this little piece of "Come at me, Bro":

If you have a problem with a game where there are no people of European descent represented, than this game is probably not for you.

To be fair, this is less asinine than your typical "If you don't support the radicual queer agenda YOU CAN FUCK RIGHT OFF REEEEEEE" common in these games, but really? You think White Man cares? Cultural appropriation is what we're all about (according to your ilk)!

"Oh boy, I sure am pissed that I can only play Native characters in this Native setting. How am I supposed to get my Deus Vult on

wulfenlord wrote: ↑
Mon Aug 01, 2022 6:24 pm
Great marketing. Though they are either lying, orthe promise of sales to the white devil is too tempting, because C&C is readily available in German shops.

This FAQ was mostly about them sending copies to non-American backers. It's perfectly fine if White Man offers their product in their sinful shops.
Autism attracts more autism. Sooner or later, an internet nobody will attract the exact kind of fans - and detractors - he deserves.
-Yours Truly

Who the fuck draws a map like that? Then again, this is some woke retard shit we're talking about.
Top

I see you are unfamiliar with the world of Synnibarr. 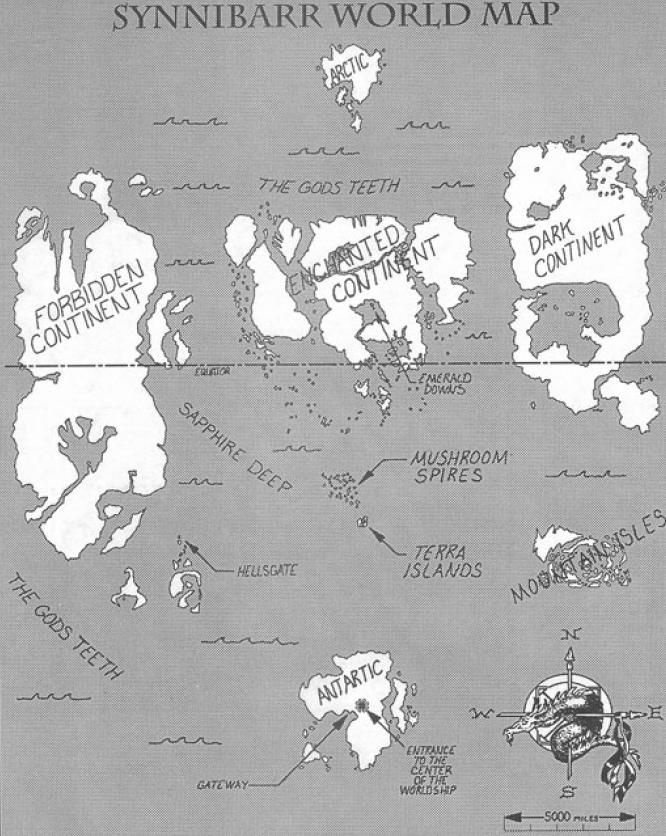