Spoony the Pussy One: Life is in the Render Queue

That's where the college student loan forgiveness and rent eviction moratorium money will end up, paying for piece of shit streamers like Spoony and Phil.

Thank you for the recaps, Mr. Wulf. It's a dirty, greasy job, but someone needs to do it
Top

VoiceOfReasonPast wrote: ↑
Sat Jul 30, 2022 6:52 am
Sounds like you'd neck yourself long before you could grow up.

"BABY KILLS SELF WITH UMBILICAL CORD SECONDS AFTER BIRTH"
Top

The Incestuous Madness of Desmond Dekker or: Phantasmaboria 3


It's a FMV-revival with a not-subtly hidden Call of Cthulhu plot where you ask some mental cases about their spoOoOky dreams. Shootress__Andrea shows up around 40 minutes in. It's a shame Cuckson moved on from this stream, he would of had a field day telling people off for Backseating reeeeee.

At 19 minutes one "Charlie Heathcott" barges in to yell I LOVE SUCKING DICKS NOAH! LOVE YOU LONG TIME (it could be that I paraphrased his exact wording) while donating 200 CAD. Though he must've scared off the other paypigs, it should be Noahs last received donation. With cucknadian Dahlas being practically worthless the end tally stays at around 200 $ US.


Though, I must say I should not rip this game too hard, the setting is quite nice - 19th century alternative-steampunk "Vespuccia", whereas the Murricans in this timeline never stopped being a Bri'ish colony, and you play through some Holmesian detective mystery.
What I immediately dislike is how we are thrown in medias res and forced to like the main character on the account that every comment or interaction is written in a quippy way. Feels forced and unnatural, and not at all how 19th century characters would talk.

Boy oh boy, were his loyal fans stingy today, less than 50 bucks spent in a little over 3 hours, or to cite Tony's Begging Efficiency Generator, only 15$/h.


Transcription - part IV (which the Spoony Drunk mislabeled as 3)


I guess Spoonys remaining orbiters felt shame (or some trans-variant of shame, since their muddled brains are incapable of reflective thoughts). The begged 50 bucks from last streamathon are reached within the first 10 minutes here (though he only finishes with 60$, but still, not a bad hourly rate).

Cuckson, incapable of reading the room as always, drones on about how HIS broken card combo HE totally self-discovered is the BEST (but only if you want Massah Spoony, if not, well that's totally your decision for making the game harder for yourself, but you will of course succeed :3)


TMNT IV - Reshelled 2 - Eclectic Peekaboo is a speshul stream in that Spoony is aykshurely being a social member of society (Ha!) and plays with 3 friends mental cases cosplaying as friends (namely Dickson Jizzon / Blaster__Andy and some Bri'ish bundle of sticks calling himself "HI I'm COVID, err Maffew" - and no, that's not a sarcastic reference by me - he effectively rides out the joke that he got the coof). I don't fucking know who that guy is - it's definitely NOT Maffew Buck, as you would recognize his rusted grater of a voice immediately, and he is not one of his Tweeter panhandler friends (at least I don't recognize the name). Possibly one of his forum friends of olden tyme?

Matthäus joins in around 15 minutes after the first stage via voice-chat conference, a feature JohnsonDickson and Gunnerysgt__Andy only used sparingly until then, because they don't want to speak over Their Master's Voice.

It's gonna get gnarly, at the start of stage II, Spoony invites his loyal troupe to make the game's commentary for him. This results in 3 grown men giggling like schoolgirls who were just given a Valentine's Card by their longtime crush. So, if you ever wanted to listen to such things, now is your chance.

Also at 31 minutes in, you get a sneak peek of Noahs friends list (because Noah can't pick friends with a stable internet connection - or Matts wi-fi loicence was spotty).

Though I hate to admit it, the snarkiness of the commentary is somewhat pleasing - like Noah picking Splinter because of his methusalean age, or being snappy how Bombardment_Andy picked a character before it was his turn (though it's nothing I couldn't get in private with friends and a couple of beers - I mean, it's a nostalgic arcade brawler AND played by Nostalgia Nerds, it's like visting a Strip Club with Al Fucking Bundy, of course there will be chemistry).

After 2 hours, and the first 12 levels (where Matt dropped out again sometime around level 10 or so), The Lord of [name of the game] felt a little tired, so he disbands his cader and calls it a day. The only thing I can't grasp is how his ungrateful fans are hogging this prime free kahntent, and don't give back more than 25 $. Betrayal!

I must say, I am tired, too. So this'll be my last recap for the week. Toodle Pip.
Iä! Iä! Cthulhu fhtagn! Ph'nglui mglw'nfah Cthulhu R'lyeh wgah'nagl muh'fugen bix nood

Triple Diple post, but I just couldn't resist - just like you know how Rachel is looking at this tweet, absent-mindedly rubbing her diapered snatch across her seat, biting hard on her lower lip, pondering: Should she hit sendon the already written reply...

That round of TMNT must've been the happiest day in Jackson's live :3

And what's the actual star of this thread doing? >light reading
>implying she has ever touched anything more complex than Twilight Same as ever 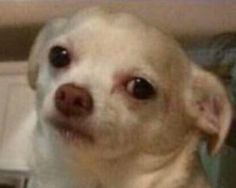 You get to wonder what she bought

My bet is on a days ration of sweets (that is, 4-5 kilos), followed by a tub of greek yogurt so she doesn't "starve to death" for the rest of the week.
Iä! Iä! Cthulhu fhtagn! Ph'nglui mglw'nfah Cthulhu R'lyeh wgah'nagl muh'fugen bix nood

Replace "greek yogurt" with "lard" or "fudge", and you might be pretty close to the truth.
Autism attracts more autism. Sooner or later, an internet nobody will attract the exact kind of fans - and detractors - he deserves.
-Yours Truly