The Other people on Channel Awesome

The all-star celebrity tweet sympathies. God forbid they actually give him a call.
Spoilered to save spaceShow
There may be more but I'm not double-checking. He'll probably sperg that Doge didn't say anything, even though peeRod would have roasted him if he did.

There's still time for him to be reborn in a magic animu land: 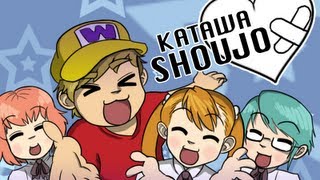 Don't get the shots.
Don't go to the hospital.
Top

He and the rest of those freaks would laugh even harder if it happened to either Doge's or Brad's wife.


Osterzone wrote: ↑
Mon Jan 24, 2022 4:12 am
Wonder if he'll go all Travis Bickle and target Ron DeSantis since he's the new Trump, and as the governor of his state, his lax covid policies "killed" his wife

That's exactly what he will do, completely oblivious of the hypocrisy of having blamed Trump instead of Cuomo before.

Lel like he could afford that.
It would be hilarious if he tried to go for Luba though.

No we aren't. We're some low motherfuckers, let's be real. We celebrated TB's death, we can celebrate David Bowie's

pibbs wrote: ↑
Mon Jan 24, 2022 3:27 am
No, this is a good thing. Maybe it takes something like this to realize he's devoted his life to childish things, cartoons, and toys. Though most likely not, there's a chance he'll grow the fuck up.

And an even smaller chance, but maybe he'll reevaluate his belief system and start to see the realities of life and that SJW doctrine is illogical, hypocritical and deviant.

And maybe we'll all live in a land of magical pixies and fairies, where unicorns roam free and the flying pigs are bountiful.

Osterzone wrote: ↑
Mon Jan 24, 2022 4:12 am
Wonder if he'll go all Travis Bickle and target Ron DeSantis since he's the new Trump, and as the governor of his state, his lax covid policies "killed" his wife

pibbs' idea that he could turn over a new leaf and realise that his SJW ideology is a fucking lie is laughable.
Top

This is the peak modern age. When one of my relatives passed away, I didn't have the immediate instinct to just blast it all over the world, to let everybody know. Meanwhile, this factory worker, who also enjoys to make home movies from the inside of a shopping cart, is showing me how to live in 2022. If this was anyone else but Peerod, maybe I would have a bit of sympathy for him, but no, of course he has to announce it in the most autistic way possible.

Fuck him. I bet he doesn't even know how to process grief. It reminds me of John Bain's grieving widow, who used his death years after the incident for fame and fortune attention whoring and e-begging.

Let me guess, fundraiser when?

Your fucking wife of 21 years is fucking dead and you're thinking about your stupid character? NPC's are fucking sociopaths, ffs.

In his head, this is what his favourite cartoon character would say... Bogus!


Liar Revealed wrote: ↑
Mon Jan 24, 2022 1:09 am
That's awful that she died. But she looked very unhealthy long before she caught COVID. I wonder if there were other issues.

EDIT: God, his fans are posting the most autistic shit. Lots of memes and animated GIFs. Like have some fucking class, you dorks.

She looked like a methhead. And if you want class, you don't post shit on twitter. I bet he probably likes this, because he's that much of a trash. It's not like he doesn't have family - he has other people to reach to. But no, twitter it is. Bring in the memes of muh dead waif David Bowie!

Fuck off. Bain was a piece of shit. This bootleg David Bowie didn't do... wait, now that I remember, I think she was a complete piece of shit too, just like Peerod. While it wasn't the hammer boy himself, I'll take any of these cunts dying.

Quite the series of events. Let's see.

Even the biggest liberal cunt will turn to God when death is on the line.

I don't know that this guy ever talked about religion, but I'd bet all he ever did was shit on it, if he did(particularly if mentioning Christians).

There's no question his wife was vaccinated; probably boosted, likely multiple times. And yet, not five minutes before she died he was bragging about "beating covid, and fuck antivaxxers". Ironically enough, is there any doubt ERod is the type of person who would have gleefully pointed out when a non-vaccinated person got sick, and would openly mock and laugh if they died, for being a "stupid antivaxxer who got what they deserved"? Not to be ghoulish, but as it is, he deserves no sympathy.
Top
Post Reply
9777 posts