Shitpost about Trump, SJWs, Islam and everything else about politics except economics, because that's too hard
Post Reply
1240 posts

Guest wrote: ↑
Thu Feb 07, 2019 10:24 pm
I don't believe it. Whenever they want to take a non normy down it's always kidz shit. Remember when that guy was arrested the day before his 3D printed guns were set to be released?

This is typical videosexperson behavior, its not at all something cool or useful like a 3D printed gun. Plenty of gamergate ecelebs have done a perfectly fine job destroying themselves without the help of the CIA and FBI.
Top

Keith Chegwin wrote: ↑
Fri Feb 08, 2019 2:04 pm
Social media is such a new development that I'm not entirely sure there is a proper boomer analogue. You're more likely to find analogues in Brave New World or Nineteen Eighty-Four, you know the books that millennials are too dumb and illiterate to read.

I'd say social media is a much more interactive way of wasting your time than cable TV and therefore a lot more dangerous, since you have a bunch of autists infecting each other with even more autism.
Autism attracts more autism. Sooner or later, an internet nobody will attract the exact kind of fans - and detractors - he deserves.
-Yours Truly

Guest wrote: ↑
Thu Feb 07, 2019 10:24 pm
I don't believe it. Whenever they want to take a non normy down it's always kidz shit. Remember when that guy was arrested the day before his 3D printed guns were set to be released?

They found a bunch of evidence and they found meth too.

I saw the 3D-gun guy on Gavin McInnes' show and he looked... shady. He kinda had the "I'm actually a pervert"-vibe to him.
I'm in your bedroom, folding your clothes.
Top

He wouldn't be in trouble if he stayed a virgin
Top

So what are the far lefties gonna take down their enemies with once they normalize pedophilia?
Top

This should be interesting to see what the media does, especially if Jussie Faggot himself gets charged.
CURRENTLY BLOCKED BY: Nostalgia Chick, Todd in the Shadows, JesuOtaku, Linkara, MarzGurl, DC Douglas, Spoony, Suede
Top 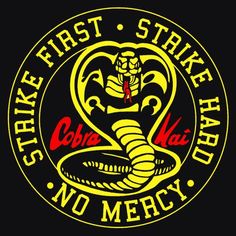 Lindsay's Liver wrote: ↑
Sat Jan 26, 2019 5:41 pm
SO, "journalists" are losing their jobs left and right, including the Huffington Post's entire Op-ed staff, and the public is less than sympathetic.

Today's entertainment: Reading the replies to posts like this.

Some awesome responses in there too lol

We held a meeting on the top floor of Film Goblin HQ to consider offering you a position of Editor. Unfortunately, we failed to reach an agreement as the meeting descended into chaos, due to all active contributors wetting their pants with laughter.

You are in luck, they just opened a romantic comedy factory up in michigan, hold on i ll put up a good word for you
Respect my gangsta
- Wackashi Snitchnine
Top

This should be interesting to see what the media does, especially if Jussie Faggot himself gets charged.

Media's still reporting it as a hate crime. Cops arrested his buddies trying to leave town for being in on the hoax but entertainment news is all "they're victimizing him again by not believing him!"
Top

How is it possible to have a PhD in "romantic comedies"?

I have to call this person DOCTOR? Really, world? ... really?
I'm in your bedroom, folding your clothes.
Top
Post Reply
1240 posts