Your Racist Thought of the Day

What's racist about that?
SpoilerShow

Kugelfisch wrote: ↑
Tue Jun 16, 2020 1:11 am
Who the fuck still cares about MST3K? There are about ten good old episodes to watch when you're stoned as hell and the rest is mediocre. Nu MST3K is complete garbage.

No one talks about or makes references to it. No one memes about it.

Is this a broad or a dude? Are they just letting any random person on set?
Joel looks like he's been raped and left for dead 100 times over. The CHAZ/CHOP soys have looted his Minneapolis barn and now his props are hanging next to their Rick and Morty posters and Instacart bags.


Anyways, a mudslide is just a bunch of Mexicans running downhill.
Last edited by Tony Schiavone on Tue Jun 16, 2020 3:24 pm, edited 1 time in total.
...and still: Spoony did nothing.
Top

What's racist about that?

The truth must be known at all cost.
Top

Kugelfisch wrote: ↑
Mon Jun 15, 2020 1:12 am
Only for people that have never experienced gypsies. Good for them. But they are objectively worse. You may find people of all kinds of creeds you can get along with but you will never find a gypsy that isn't absolute scum.
Being criminals isn't just part of their culture and DNA, they are also incredibly shameless about it. They have absolutely no shame at all. They won't stab you in the back, they stab you in the belly and are proud of it. Worst tribe ever in the history of mankind. I know what I've said.

) but it was some old lady begging for money. Of course it was nothing but grunts with her hand out.

Don't you belittle her with a "but". Even if she's 80 or something she'll steal your shit like a fucking ninja.

Gypsies?Show
DID SOMEONE JUST MENTION GYPSIES? 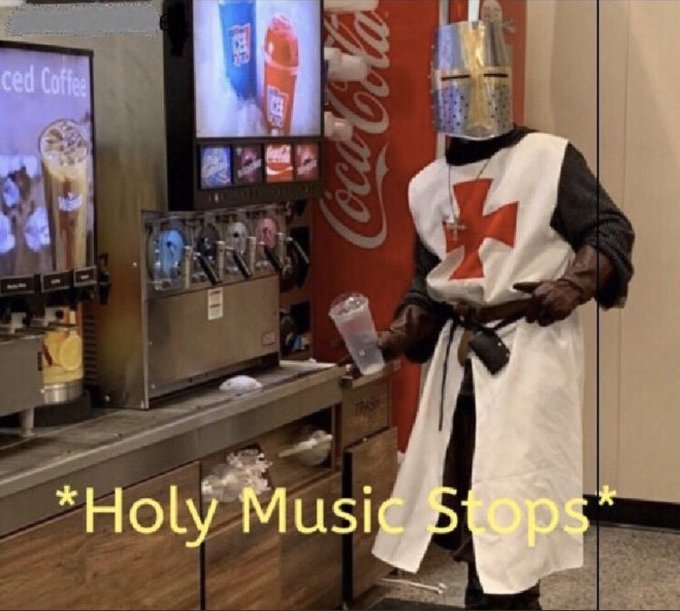 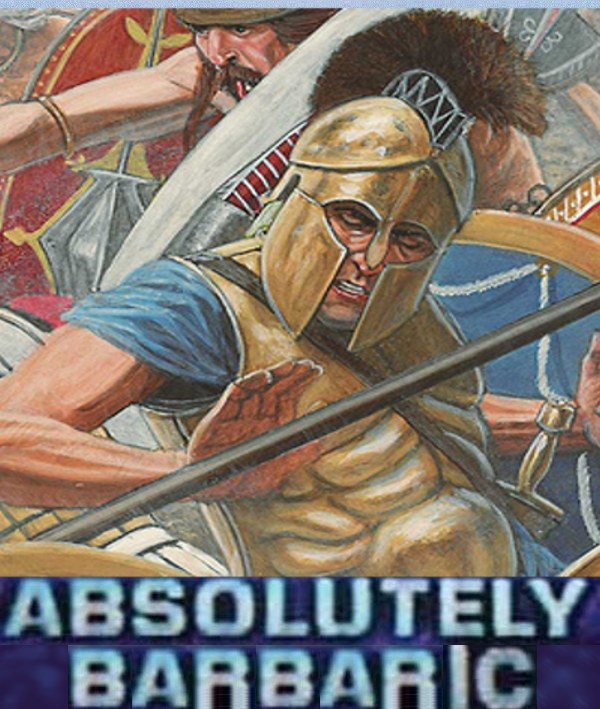 Oh man...only those who have witnessed this hell know about it. I have mentioned it before and in DHI 2.0 a long time ago but here we go :

Yeah, this is pussyshit for the average gypsy child. You sleight one of those stupid faggots and the child may come tomorrow with a sledgehammer and bash your brains in in front of the teacher. Shit, have you ever heard of raping in schools? Well, if gypsies enter highschool, the 13 and 14 year old gypsies usually end up raping others. Hell, the part about black kids playing rougher than others is gigapussyshit when the fucking 13 year old pulls out a scissor on the teacher.

And Voice is 100000% correct. The only reason we still have gypsies is twofold : because we are unable to repell them(the general popullation of gypsies seems to leave Greece now that it's slowly becoming Middle East 0.5 though

) and because there are some really degenerate faggots in Athens that get turned on fucking them for 10 euroes which is peak degeneracy that used to be only found amongst sheep herders that wanted to fuck their only female sheep. And there is only one type of medicine for these disgusting faggots : 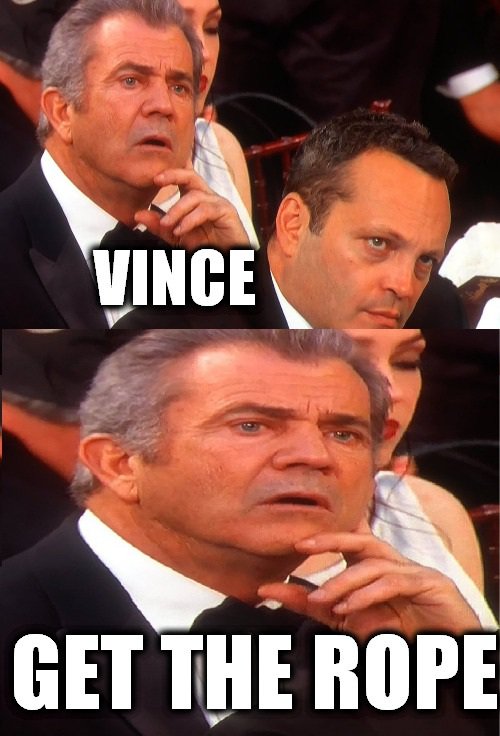 Every single one of them. And if you think people here wouldn't do that, for years we slept with hanging ropes besides us in the hopes of lynching a prime minister in case he appeared. You know, in a time when lynching was outlawed and executions were deemedd inhumane...20 years ago.
Anyway, moving on from that :


Moe Bitches wrote: ↑
Tue Jun 16, 2020 2:57 am
Me neither. Like whenever I hear some of my folks say stuff like white people are like this, black people are like that, people say black people steal all the time but white people largely steal things or blacks were better workers in slavery times and etc, but even if some of it is true, you really get tired of hearing this comparison shit all the time for everything.

Look man, eastern europeans just can't help themselves, they invented the perfect method of stealing and it's become an addiction. I mean look at that perfect form of stealth :

I mean just look at that perfect form, if it weren't for the sunglasses guy I would never have noticed them blending so seamlessly with the background.

Truly, the ninjas of our times.

Anyway, to be perfectly honest, I unfortunately have racist thoughts but then again, I'm greek. Usually it would be about albanians(as a whole) and other eastern europeans squatting here pretending to be greeks(only the men, the women get a pass

) etc. but lately I just have my brain scrambled every time I see a black, BLACK guy speaking greek as if its his first language(haven't seen any black woman do that) and it fucks me up every single time. To be fair, some of them are probably adopted, since I saw an Alexandrian dude(we call those mixed egyptian-greek dudes egyptiots / αιγυπτιώτες to distinct them from the average egyptian) with two black kids the other day and they all spoke properly greek, the kids didn't even have the dad's accent.

And the weird thing is I went to french school as well growing up and some people that went exclusively to french class had black classmates among the french students but they spoke french first and then greek with a french accent, like all the french students in the school but they also looked nothing alike the ones that are now going around. I can go around Agia Paraskevi and see them hanging around the other french people and it's ok but I still somehow can't get it through with the others. I dunno.

I'm sorry if this offends you Moe but it just fucks me up for some reason.

I like some old school MST3K. I have their Santa Claus Conquers the Martians on DVD and watch it every holiday season. It's a hundred years old at this point, but I still think it's funny.

But this new shit? I have no interest. Part of the appeal of old MST3K was that it felt like this weird underground thing, something sneaked past the executives, like so much cable TV back then. It never needed to get any bigger than it was. Now, it's "nostalgia" and it's "back" and Netflix is forking over millions to a bunch of people I don't know or care about to carry on the tradition.

Plus, Patton Oswalt is involved and he's one of the biggest Hollywood politics sell-outs that I've ever seen.
Top

India people smell like feces. Their women are more manish than African women.
Signature | *Laughs* It's a joke. It's all a fucking joke.Show

What's racist about that?

The truth must be known at all cost.

The only evidence against the former cop is DNA that isn't even his. Meanwhile, we know for a fact that Patton murdered his wife before she could finish her GSK book, which he then finished for her.

Felicia was cute ten years ago. Anyone who faps to her now is into bestiality.
Top

I mean again, I can't really get offended because in all honesty, I do the shit too sometimes and my brain just fucks with me.

Like if I hear a Black person that would speak "ebonics" and there's people pass it off as some language on the level of Russian tongue or something more advanced, that's a problem.

People think it's an excuse to butcher English. Now as I might have said before, if you get what the person is saying then it doesn't really matter how you pronounce it (aside from the annoyance it causes)
But if you here someone who is the walking stereotype of that bix nood meme or whatever it's called, then that's a problem also.

But whenever I listen to a Black Brit, it just fucks my shit up. Yes, it sounds southern at times, but it just sounds more eloquent and not something you would expect.


And on the topic of MST3K, yesterday I watched a video from Georg about Movie 43, and near the end he compares Freddy got fingered (guilty pleasure) and 43. The former as he said, felt like it was made for Tom Green himself and turns about to be one of the greatest shitposted movies you could make. Or like in the Cartoon thread post about Steven Hillenburg and George Lucas and how they put in stuff that they generally liked.

Sure MST3K was boring but it seemed like they were having fun. But Movie 43 was just soulless corporate bullshit, much like 3K's revival.
"I just feel that stating an obvious joke could get tired sometimes so I try to make something else out of it to the point where it's not a joke, rendering it not funny. It is no joke to be blind/seeing nothing but darkness."
Top

I see. Out of curiosity, where are you from Moe? Brooklyn, Texas, West Coast(typical yuropoor choices

In all my life, no matter how many american groups have come, not once have I heard a guy speak ebonics or go the usually meme'd "bix nood muhfuggah" etc to the point where I thought it was comedy until I saw vids from american that it wasn't some kind of comedic thing. The funniest thing for me is when some skinny looking dudes, that have that 80s-90s Eddie Murphy body type, get to sound as heavy and as bass as James Avery / Uncle Phill. It's like when the pilled up jawks(run Movieblob

) in the army have those comically pitched voices due to steroid abuse.

I have not heard a single french guy approach that level of bass-ness and timber in their voice, they have either a normal voice for their body type or that smooth relaxing tone and voice, not even when they talk "english" (if you ever heard DeGaul speak english, you'd understand

The only time I heard someone approach the racist stereotype accent was when a russian family visited a museum I was working at and the father talked to us in the same accent that Heavy / typical buff russian dude has and I thought the guy was pulling our legs and his name wasn't Ivan but Johnny. Turns out he actually was russian, from Moscow.

Linky only cares about the show from his childhood, like most INs of that generation.
Autism attracts more autism. Sooner or later, an internet nobody will attract the exact kind of fans - and detractors - he deserves.
-Yours Truly

Cucked in the name of Soy, Ye not complicit.
Top
Post Reply
76 posts