That's right, it's a small SAK. 14mm (0.55'') thick, 54mm (2.28'') long and weighing in at 31g (1.09oz).
As you can see it has a blade, scissors, a bottle opener with a philips head screwdriver and a cable stripper, a nail file with a flat head screwdriver, a light and a ball pen.
I've carried it for years on my keychain, a belt loop or when I felt particularly funny on the Victorinox Multiclip. It seems like they don't make this style of Multiclip any longer. Great for all kinds of knives without a pocked clip and of course all kinds of SAKs. You wear it on the belt above your pocket so the knife dangles in the pocket instead of sitting at the bottom where it's annoying. This small SAK isn't but for the medium and large ones it's very nice.

I've used every single tool extensively. The knife will open boxes and packaging and it's steel is the typical soft SAK steel you can sharpen on the underside of a mug to impressive sharpness.
The scissors I've used the least but they did come in handy at times.
The bottle opener and nail file need no explanation. The screwdrivers however are incredibly useful. All kinds of stuff uses tiny phillips screws and it fits all of them and you can additionally use the file to pry some stuff open.
A flashlight on the keychain is obviously useful and if you open the nail file as an extension the pen is quite comfortable and super handy in those situations where you just need to give a signature or note down a number quickly.

Sure, I've got an EDC. I carry flashlight, a multitool and a regular knife or two. But on days I only carry a light EDC set, or just have a very minor task where I don't want to exchange the bit in the multitool for a tiny screwdriver this has seen a lot of use.
In my opinion the most universally useful SAK. Before I had a Rambler, basically the same but without the light or pen. Also great but this is a real upgrade! The price is silly these days but if you can find one cheap I'd actually recommend it.
SpoilerShow

When it comes to simple tools for casual purposes, I think it's more efficient and cheaper to just buy some basic tools from dollar/euro/whatever store, make a toolbox (or boxes), then place them to home/work place/etc. As an ex knifenut I know it's a betrayal but even super cheap tools are significantly better for their dedicated tasks, obviously.

I do own one of those discontinued kawaii SAK things but nail clipper is too weak knife is as useful as letter opener, file is too smooth, it looks kawaii and still better than nothing when traveling but overall... it kinda.... SUCKS. (sorry Wenger clipper I still love you I really do but you suck)

I'd rather carry just a small knife (delica/dragonfly/SRK7129 usually, mora or bigger for outdoors even though mora is enough) and a key light (nitecore tube). Also box cutters are totally underrated.
Top 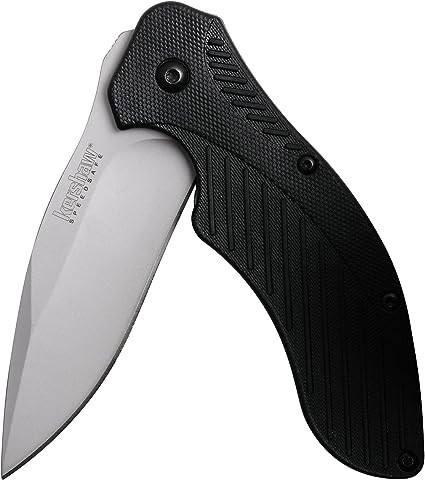 I always recommend these. They're cheap and the lower-end Kershaws use chinese steel, but they assemble them in the USA IIRC and quality control is quite nice. You can pick one up for about $15, which is competitive with the absolute shit chinese junk no-name knives you'll see Smith and Wesson and other garbage knife companies putting out. The other big benefit of them is Speedsafe is essentially a legal switchblade. It's absolutely every bit as fast as a switchblade and you can bring it out with one hand. Ideal for a hands-full workplace where you need to retrieve your knife quickly to cut some dangerous heavy boxes that are threatening the lives of your family.

Unlike a real switchblade, the locking mechanism is strong and the blade won't fall apart upon contact with a resistant surface. The blades are thick and strong, and the handles are comfortable for maintaining a strong grip. My favorite Kershaw design is probably the Oso Sweet. It's a small knife, but very light and comfortable to carry while maintaining that speedsafe tech and a great design. 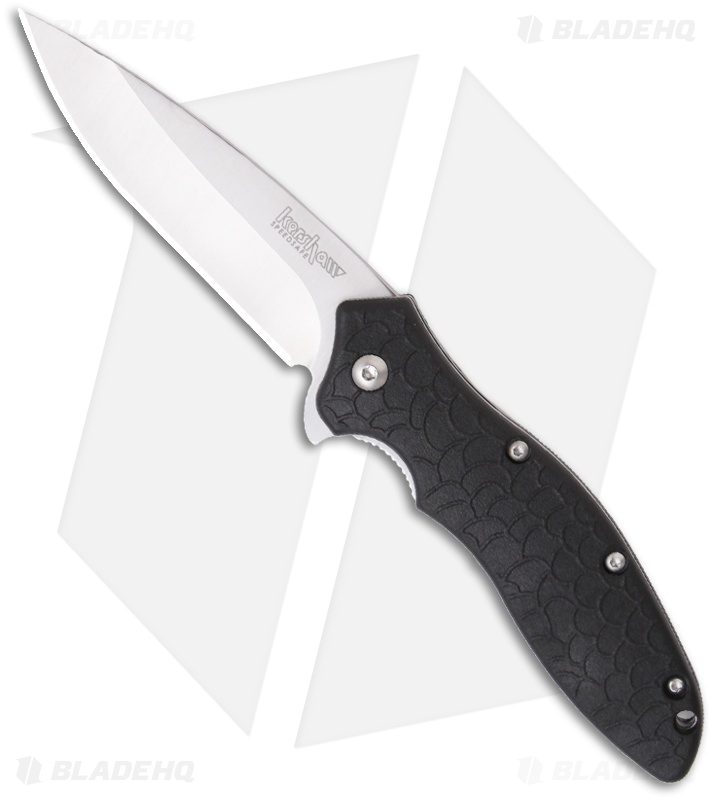 The Clash that I showed off at the top of my post is about as close as you can get to a fighting knife that is both folding and not a piece of shit. It's kind of heavy for a pocket carry knife, but it's very beefy.

My current everyday folding knife that I keep close to hand at all times is this: 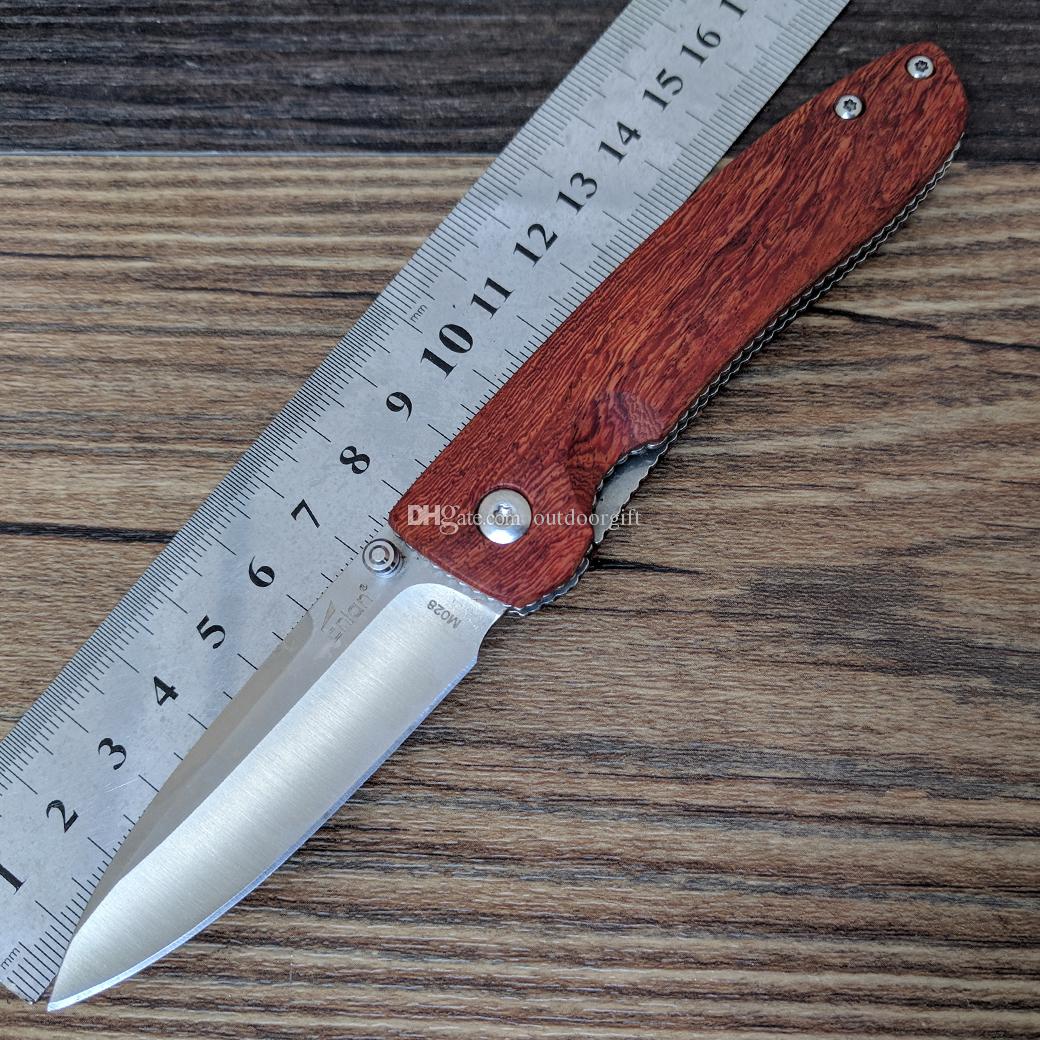 It's not a fancy fighting knife. It's an Enlan Bee (chinese brand) m028. It uses chinese steel and wooden scales. I just like the look and feel. The knife has been great for light jobs, mostly removing packaging.

SAKs are more for fun. The small Midnight Manager is the only one I actually carried regularly. A toolbox defeats the purpose entirely. If I'm travelling that heavy I won't carry an SAK but rather my full EDC, which includes my Leatherman Charge TI.
I carry it in the nylon pouch because that fits both bit sets, the bit extension and has a left over space I put my Multipick pocket pickset and two pro tension bars in. As for knives along with that I'll post some over the next few weeks. But generally speaking I either carry just a fixed blade knife or a pocket knife plus a dagger. Because you can't exactly pull out a dagger in public. Same goes for fixed blade knives that may look a bit scary.
SpoilerShow

The question I'm about to ask is I'm sure going to sound stupid to you.
But it's one that I've wanted to ask since I was a kid:

Does an Ulu knife have any sort of practical combat application? It looks like someone successfully combined brass knocks with a dagger.
Saw it once in a store and always wanted to ask.
...and still: Spoony did nothing.
Top

Aren't those Ulu thingies more of a tool than a weapon? Are you like punching the cutting edge of the blade into people? That's not exactly an optimal motion imo.

A more proper brass knuckle + dagger combo would be a Stoßdolch / Katar, which was actually designed to be a weapon.
Autism attracts more autism. Sooner or later, an internet nobody will attract the exact kind of fans - and detractors - he deserves.
-Yours Truly

I don't know what the fuck you'd use that thing for. It looks hilarious and sad. Punching people with a cutting edge is a stupid idea anyway. If you want to punch people with a sharp thing, that's called "thrusting" and there are many better weapons for it.

Since no kind of punching dagger or knife was ever used in series combat or for personal self defence I'd say no.
As for practical use the only I know is skinning animals but most people prefer to use regular or specialized knives.

Punching daggers are completely illegal to even own in Germany, unless you've got a hunting license. I still don't know anyone that has one.
SpoilerShow

Hunting license? In case you want to hunt boars as Voldo?
Autism attracts more autism. Sooner or later, an internet nobody will attract the exact kind of fans - and detractors - he deserves.
-Yours Truly

No, for skinning. Hunting with knives, spears, crossbows or bows is illegal in Krautland. You may finish off an animal with a knife, though.
Air rifles may be allowed in some places for very small game but are mostly for pests like rats.
SpoilerShow