Shitpost about Trump, SJWs, Islam and everything else about politics except economics, because that's too hard
Post Reply
1389 posts

If they'd gun him down there would've been not a single doubt about him not actually being white.
Autism attracts more autism. Sooner or later, an internet nobody will attract the exact kind of fans - and detractors - he deserves.
-Yours Truly

No word yet on the Boulder shooter's motive, best I can tell. He's been in custody for days. Surely they have something. I've seen people speculate that because he's Syrian, Biden's recent bombing of that country might have something to do with it. If so, I guess that will be kept under wraps.

I listened to NPR for a few hours yesterday. Their big topic was gun control, but they never mentioned Ahmad Al Aliwi Alissa Milano's name or nationality. However, they did devote segments to anti-Asian violence, which is rampant, apparently.
Top

He is a mudshit loser that snapped. Who cares about his motives? It's never something reasonable anyway. Otherwise those faggots would shoot up government buildings, not some mall.
SpoilerShow

Guy hated Trump and was brainwashed by left wing MSM. You'll never hear about a motive because it's politically inconvenient, in much the same way that the FBI claim James Hodgkinson's (staunch leftist, staunch anti-Trumper, Sanders supporter and volunteer) motivations weren't clear
Top

These psychos don't need a reason other than life sucks. Same reason we never learned the motive behind the Las Vegas shooter which fueled many a conspiracy theory. Meanwhile that guy had been diddled by his own daddy. Their lives suck so these asshats choose to project their misery unto others. I wish cops really did summarily execute the bastards.
Top

No, leaving them alive to get fucked in jail by Tyrone and Bubba really is the best punishment for them. Especially since most of them are loser nerds and betas who decide to pick up a gun and aren't really tough without one
Top

Yes, I 100% agree that the shooter's motives don't matter in the sense that they're not going to make what he did any more or less psychotic. I'm mostly curious about how it's going to be spun politically by the usual assholes. I'm hooked on the freak show.

USA Today fired their "race and inclusion editor" (what a job title!) for being one of the many leftist goons on Twitter who instantly assumed that the Boulder shooter was "an angry white man" before the facts came in.
Top

If you read his Tweets the Muslim thought Islamaphobics were trolling him IRL. If anything all the lib-shit they thought his since grade school made him looney. His brother in law in an interview had nothing nice to say about him. 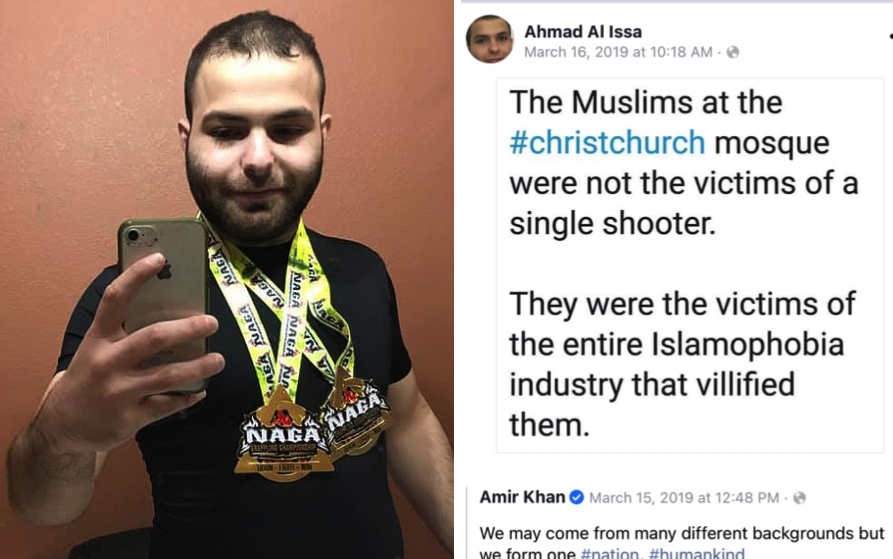 >muslim
>semolian
>not fucking her brother