RIP to the only man that was as sick as Spoony claimed to be...
http://forum2.deadhorseinterchange.net/

by mad bum
Looks like a flash game, pure trash that was better left a meme

by Guest
The new Contra game looks like crap, too.

"I don't know why this keeps happening."

They'll make the game easy as fuck too to be "inclusive" because they are idiots. Just look at the hoverbike shit at the end, that part is meant to be hard as balls in the old games but they have changed it to a different camera angle to probably make it way fucking easier. You'd think if they knew how to nostalgia bait properly they would show a level like this with the characters constantly hitting a wall with the Dark Queen laughing:

>It was Le Dark Souls of the NES

As cringe as that line would sound to us, people would eat that shit up. Cuphead sold over 2 million copies, despite what retard game journos say people actually like hard games, even casuals. Fucking Flappy Bird was the most popular game in the world at one point.

And lol at them hiding the covered up and completely desexualised Dark Queen by showing her for like 4 frames of animation. I'm sure Jim Sterling will sing the games praises like the cuck that he is but this will flop.

by Some Sick Fuck
I couldn't care less about Battletoads, but what is that faggot on about? This looks tough to you? (Admittedly, it does look less gay than what they've shown in the video.)

I guess I am missing something here, because I am not a Battletoads enthusiast and I am not following modern animation at all, but it didn't look that bad to me. I've noticed new Duck Tales and that looks like crap to me (somebody has a fetish for square heads), but I think these frogs could do worse than that - look at Shaq Fu reboot for example.

To follow up on this, apparently on the kickstarter the backers had to choose between getting the Steam or PS4 version. There was no Epic option since that store didn't exist then, so this is even worse since it didn't say "PC Version" which could have covered their asses in the USA. There will be legal action because of this against Deep Silver for not providing a Steam version and not giving refunds, and who knows if Epic's involvement could get them in legal trouble since they have directly fucked over backers of this project with their business practice. If Nick Rekieta has time between his daily KickVic streams he should go over potential legal issues with this. 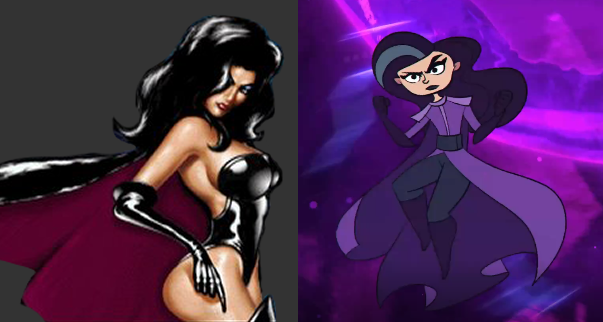 by rabidtictac
It looks like a pretty clear-cut case of bait-and-switch.

Then they went back on what they said, having already been paid, and provided the product only under the stipulation you sign up to this new service that nobody agreed to. If you DON'T want to use Epic and you prepaid for the game, then you basically get nothing. You get a worthless Epic version of a game for an Epic account you don't have because you don't use Epic. IE you get nothing and they take your money.

Seems pretty egregious to me. It'd be one thing if you have a few different options for PC versions and they just removed the Steam option. But if you don't want Epic, tough shit. Thanks for the munny, dummies! ACK ACK ACK.

by Guest
How would legal action even begin? These retards donated to a kikestarter campaign, they ain't gonna be smart enough to get shit going.
All times are UTC
Page 8 of 19
Powered by phpBB® Forum Software © phpBB Limited
https://www.phpbb.com/