Talk about the life consuming, celibacy inducing hobby that is all the rage these days.
Post Reply
1537 posts

So it's like Schrödinger's Save System were you never know what exactly has been saved until you actually reload the game?
Autism attracts more autism. Sooner or later, an internet nobody will attract the exact kind of fans - and detractors - he deserves.
-Yours Truly

That's about right. Also it does save checkpoints where you get to restart after dying but those aren't hard saves either, at least most of the time.
You might die and get to restart at the beginning of the room and think it's safe to quit the game, only to start it up again later and having lost about two hours of progress. The resources you used didn't come back either because the inventory DOES save when you quit.
I think Resident Evil 6, another great game, does it similarly but at least it's divided into bite sized chapters for the most part and not one long slog..
It's a trap!
Top

DS3 is the one with co-op and micro-transactions, right? I assume the game saves the inventory separately in order to avoid item duplication shenanigans that you and your co-op buddy might indulge in.
And apparently nobody noticed how this would fuck saving in general.
Autism attracts more autism. Sooner or later, an internet nobody will attract the exact kind of fans - and detractors - he deserves.
-Yours Truly

That's the one but it seems arguably worse that way since you can loot the same room over and over by inventory save and reloading the save point. Items will also be back on the map but remain in your inventory as well.
It's a trap!
Top

Yeah the micro transactions were pointless, people got mad but they were just scrap, something you didn’t ever need to buy. I think EA forced Visceral to shoehorn them in somehow. DS2 is my favorite, but DS3 gets a bad rap, it’s a decent follow up.

Maybe you will get a 60 buck port if the stars align.
No widescreen, though. That would ruin the mood.

Newhalf wrote: ↑
Mon Oct 12, 2020 11:30 am
That's the one but it seems arguably worse that way since you can loot the same room over and over by inventory save and reloading the save point. Items will also be back on the map but remain in your inventory as well.

Dead Space 3 would be an okay game if not for the retarded story and characters + complete lack of atmosphere. I blame it on EA mostly. They forced co-op into the game. The original plan was for Ellie to be the co-op partner, but because of restrictions with the engine and consoles, the only way they could have two playable characters was if one of them was a copy of Isaac's model. Hence Carver, an exact copy of Isaac's player model. Then EA forced them to put in micropays and other gay shit that had no place in survival horror.

Dead Space 1 is bordering on survival horror/action horror. Dead Space 2 is really well-done action horror. DS3 is mediocre action shooter. Hell, Dead Space 3 has gun combat against normal shootmans and the guns are modular. They're no longer construction tools. Sure, DS2 stretched the credibility on the construction "tools" more than a little, but DS3 doesn't even try. Unique guns don't exist in DS3. It's all modular shit. Combine x frame with x tip with x parts for stat buffs. End result is elemental weapons and other borderlands nonsense.

I don't know whose idea the Ellie cleavage shots were, but those didn't help the tone any. Ellie wasn't a STRONK WOMBYN in ds2, but she was capable enough. Would have made for a decent player 2 or a side story a la Separate Ways. But no. She's a princess love interest macguffin in ds3. The main secondary villain guy's whole deal is "LOOK AT THIS ISAAAC!!! I'm TOTALLY BONING YOUR BITCH!!!! AREN'T YOU MAD????"

And Isaac responds with this face: 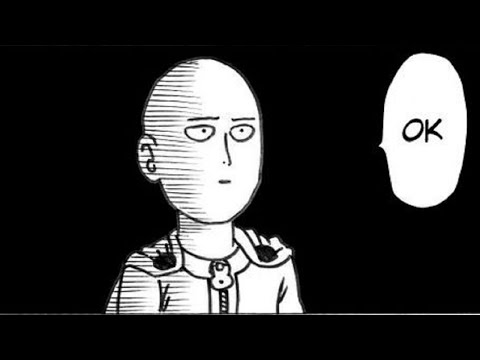 The one great thing dead space 3 did was leave zero room for any sequels. The series ends with the death of humanity and proliferation of necromorphs. There are no living beings left in the universe that the player has knowledge of by the end. I would give a spoiler warning for that, but fuck DS3.

Great example of EA ruining a promising series. They started with a passion project and were hardcore meddling by the second game. Series dead by game 3.

I only play good Dead Spess games, like the one on the Wii.
Top

Playing SNES on my MiSTer.
Is Spoony dead yet?
Top

I've been meaning to get a mister but emulation has just gotten so good I'd rather save the money.