Talk about the life consuming, celibacy inducing hobby that is all the rage these days.
Post Reply
4304 posts

Kugelfisch wrote: ↑
Thu May 14, 2020 5:59 am
Trivial to do, yeah. Long distance rockets already go very high. Getting into low orbit is something they can already do.
You wouldn't even need thermonuclear warheads. Spaceships aren't exactly sturdy, likely not even advanced ones and putting one real good hole in it is all you need. Space is very hostile to life and getting fucked while you're in orbit is one of the scariest scenarios I can think of.

Right, the wonderful simplicity of space math: "Has your ship been hit by accelerated mass? You're dead now!"

Some Sick Fuck wrote: ↑
Thu May 14, 2020 9:09 am
Not as implausable as you would initially think given the ridiculous amout of stupid, overly complex shit people were able to raise money for just by combining something already existing + phone app. My favourites were the smart salt shaker and smart shoes. There is so much more of this retarded stuff, and it gets funded. Who knows what will happen in 20 years or so?

Ok, I don't really think it's going to happen, but as a sci-fi element, it's not bothering me.

I'm sure some military will eventually waste billions of dollar on some "Gun 4.0" or something, but I don't really see that taking off. This just opens your guns to an entirely new vector of attack (one which you yourself can't exploit because those dirty terrorists will just keep using AK-47s), not to mention the potential problems with maintenance or even handling.
Autism attracts more autism. Sooner or later, an internet nobody will attract the exact kind of fans - and detractors - he deserves.
-Yours Truly

VoiceOfReasonPast wrote: ↑
Thu May 14, 2020 10:08 am
I'm sure some military will eventually waste billions of dollar on some "Gun 4.0" or something, but I don't really see that taking off. This just opens your guns to an entirely new vector of attack (one which you yourself can't exploit because those dirty terrorists will just keep using AK-47s), not to mention the potential problems with maintenance or even handling.

That is exactly the problem.
There you are, with your fancy new rifle that shoots 5.56 because you're a goytrooper. Finger print technology! Wow, finally the non-problem of the enemy taking your gun is solved! Sometimes it works, sometimes it doesn't. Just like your phone.
Meanwhile, evil terrorist dude has an AK 47, spitting mean 7.62 reliably with a clearing tool integrated in the rifle that has never been used in the thirty years of hard war life the rifle has lived through, twice as long as the soldier that is firing it at you.
You hit him, he's wounded. He hits you, you're more than likely dead. I'm not saying we've hit the apex of rifles. I'm just saying that when you have something as primitive as the AK 47 be around for so damn long, in all biomes of the planet and been in service for so long and in active confrontations with well over twenty nations fabricating them you might be onto something.
There is room for improvement and there are logistical reasons for using AR platforms and different calibres instead. But "bullit go fast" seems to be a timeless classic.

I'm very, very confident that we could shoot-kill every single motherfucker in the universe no problem.
SpoilerShow

Been playing romance of the three kingdoms X for ps2. Pretty fun. Much better combat depth. Battles have strategy and are actually worth doing. It's the mix of fire emblem of grand strategy I didn't know I wanted.

Look at you nigger interrupt gun talk with some Nip gay shit called Romance of the Boypucci or whatever.

>nu-family guy
Now that's really gay.
"I just feel that stating an obvious joke could get tired sometimes so I try to make something else out of it to the point where it's not a joke, rendering it not funny. It is no joke to be blind/seeing nothing but darkness."
Top

Now for something manly:
SpoilerShow 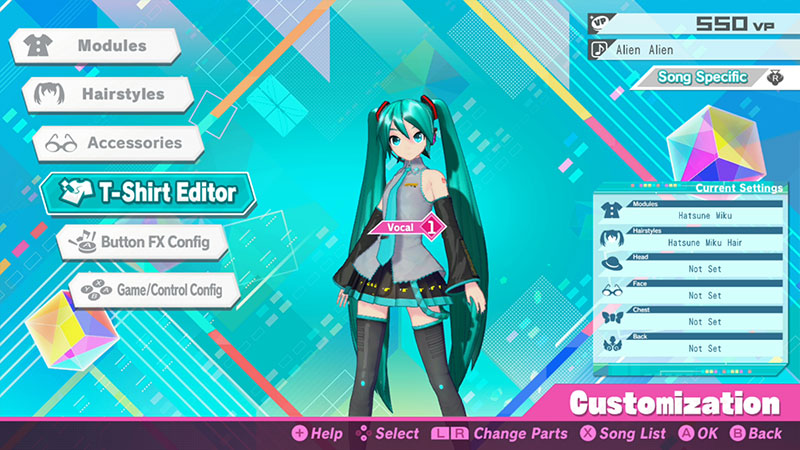 Oh my, whatever could one possibly do with the ability to have Miku wear any t-shirt design you can come up with

?
Autism attracts more autism. Sooner or later, an internet nobody will attract the exact kind of fans - and detractors - he deserves.
-Yours Truly

Kugelfisch wrote: ↑
Sat May 16, 2020 4:01 am
Look at you nigger interrupt gun talk with some Nip gay shit called Romance of the Boypucci or whatever.

Dude is like the original Chuck Norris. The developers turned his theme song into the theme song of the entire franchise because the couldn't come up with anything more manly.
Autism attracts more autism. Sooner or later, an internet nobody will attract the exact kind of fans - and detractors - he deserves.
-Yours Truly

Okay, it's time to give my 2 cents about my last Switch purchase before I finally get around to buying MonHun GenU:

So first up, it is a massive betrayal that the Diva Room is gone. I don't know about you, but it's not a real Project Diva to me unless I can watch Miku and Luka sleep and rub their faces till they fall in love with me.

One the plus side, I like how left and right arms are now completely separate from each other. Wanna have one normal arm and one gun arm? Or one close-range and one long-range arm? Now you can.
The way you can redirect your energy output is also interesting. Wanna fuck shit up? Switch to Fuck Shit Up Mode. Gotta go fast? Switch to Gotta Go Fast Mode? Too dumb dodge out of the way? Switch to Shield Mode.

But, they've made some weird decisions. For starters, the whole thing is now loot based. The shop is only really there to buy Processors (which are this game's sad replacement for Fire Control Systems, Generators, Boosters and other crap). The shop doesn't even contain anything else unless you develop new shit, but that new shit will always be inferior to loot because it never comes with slots (wich you need for tuning). Plus the stuff you unlock for the shop is oddly expensive considering loot is better and free. Developing shit also gives you a free coy of said shit, so there's even less of a reason to use the shop.

Then there's like this Mirage System with which you can create a temporary clone of yourself. This is mostly there to cheese defense missions and duels because that clone get's all the aggro.

You can also just jump out of your mech. It feels weird that you can just leave your mech and then continue to fight whatever thing wrecked your ride - with a gun that can actually do more than slightly scratch the paint of your enemy, no less.

Speaking of getting wrecked, their is neither a cost for repairs, nor for ammo, so my old AC arena tactic of bringing lotsa dakka to the fight now works perfectly for actual missions.
It's neat that you can now punch stuff if you've run out of ammo (the closest approximation in AC4 involved putting mini-sabers into your hangar slots), but you won't really run out of anything because enemies drop ammo.
It's nice that you can bring two backup weapons and equip them on whatever arm you want during a mission, but this is a lot slower compare to AC4's arm/back-weapon switch because you have to press two buttons to confirm the switch, and you can't switch both of your arm weapons at the same time.

Mechs in this game are powered by moon crystals that give off a red/orange glow, and for some reason they decided that your mech alwas has to have several light spots that give off this glow. This really gimps your painting options if there's always a very prominent color that you can never get rid off.

And for a post-apocalyptic world were humanity has to constantly fend off rogue AIs, there are an awful amount of missions where you end up fighting fellow humans because some other group of the fucking annoying NPCs of this game got the exact opposite mission of your team. Just gimme one good ripoff of Spirit of Motherwill, dammit.

EDIT: Also the cutscenes are a bit odd IMO. Other characters keep talking to or about you, but neither your bloke nor his mech are ever in focus. You're always in the background or the sidelines.
Autism attracts more autism. Sooner or later, an internet nobody will attract the exact kind of fans - and detractors - he deserves.
-Yours Truly

Sounds perfect for the nintendo switch.