RIP to the only man that was as sick as Spoony claimed to be...
http://forum2.deadhorseinterchange.net/

by VoiceOfReasonPast
Ever heard of Goodman Games? They're mainly known for Dungeon Crawl Classics, a novelty D&D retroclone that tries to differentiate itself with two stupid gimmicks (one more insufferable than the other): They have also drunk quite a bit of SJW Kool-Aid, which is weird considering how much they hammer in the "classic" dungeon-crawl experience that their product offers (because classic dungeon-crawling is deeply colonizing).
So they're planning to have the next printing of their core book be full gender-neutral. But it gets better: In spring this year, they had an online convention. The code of conduct seems to mostly be made up of different permutations of "Check your privilege".


Our goal is to provide a harassment-free experience for everyone, regardless of gender, gender
identity and expression, sexual orientation, disability, mental illness, neurotype, physical
appearance, body, age, race, ethnicity, nationality, language, or religion. Dungeon Con Online
does not tolerate harassment of participants in any form.

Now that's good to hear that you guys won't tolerate any sort of harassment :3

Respect player pronouns and character pronouns; routinely reaffirm these throughout play and
at the start of each session

It's important to reaffirm pronouns over and over again, just in case a player and/or character is genderfluid :3
Now can I have a few examples of what you consider to be "harassment"?

Unwelcome comments regarding a person’s lifestyle choices and practices, including those
related to food, health, parenting, drugs, and employment

Dungeon Con Online reserves the right not to act on complaints of ‘reverse’ -isms, including
‘reverse racism,’ ‘reverse sexism,’ and ‘cisphobia’.

I thought you don't tolerate any form of harassment?

Dungeon Con Online reserves the right not to act on complaints of someone communicating in
a ‘tone’ you don’t find congenial.

Dungeon Con Online reserves the right not to act on complaints against criticisms of racist,
sexist, cissexist, or otherwise oppressive behavior or assumptions.

Oh, so those are just harassment assumptions. Now it makes sense!

by Complicity
How many freaks attended exactly?
They have videos about the con on Youtube, with view counts which don't get past double digits, and dislikes.

by VoiceOfReasonPast
Fuck if I know what the attendance numbers were.

But let's see... it was a virtual tabletop convention (aka a glorified Discord/Roll20 meeting), mainly organized by a woke publisher of a retroclone that no one plays because it wants you to buy retarded dice, with help from another woke publisher (Kobold Press) that seems to be mostly doing third-party Kickstarters for 5e (a popular thing to do if you're not actually expecting to sell many copies)...

I don't think it there was a whole lot going on.

by wulfenlord
Nice of them to say that they copied most of their COC from other feminist sources though :3

Also who the fuck bases their game around quirky dice like d7 & d16? And since they have non-platonic forms, you can only get them as barrel dice or dreidels. Why don't they use a Gömböc, too? Throw it to see if you lose at life, 1 meaning YES

by VoiceOfReasonPast
The complete lineup of the dice used: 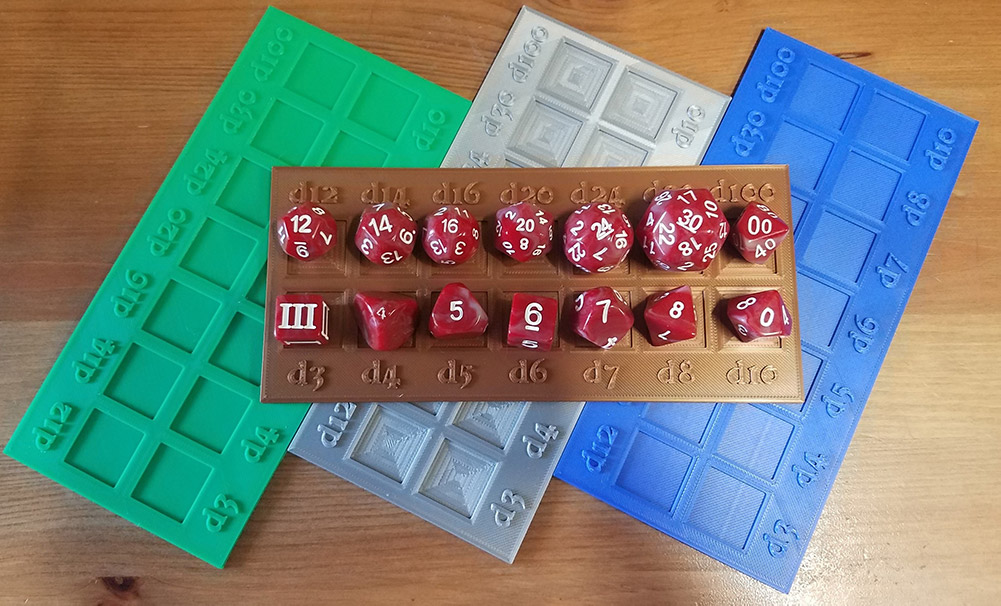 (They even managed to fuck up the d4 by putting the result in tiny font at the corners. I am also most disappoint that their d3 is just a modified d6. That "d100" is also just a modified d10, so you still need to roll a regular d10 along with it. Not too uncommon in terms of special dice, but wholly unnecessary if you have at least two d10s with different colors.
An actual single d100 is a thing btw, and it's pretty much a golfball that never stops rolling.)

They obviously want extra money while being hilariously quirky about it.
In-game, they "justify" it with their random tables and a system of die shifts, so instead of penalizing your regular d20 attack roll you get dropped to a d16 instead.
There are many other systems that use die shifts, but they generally stick to the regular dice and only go to d12 (because the gap between a d12 and a d20 is a bit huge).

by wulfenlord
Ugh, its worse than I thought, they adopted the prism designs for the d5 & d7, meaning those results are non-ideal, and the glaring harassment of the d9 is unforgivable!

Is that an anti-Cirno conspiracy? 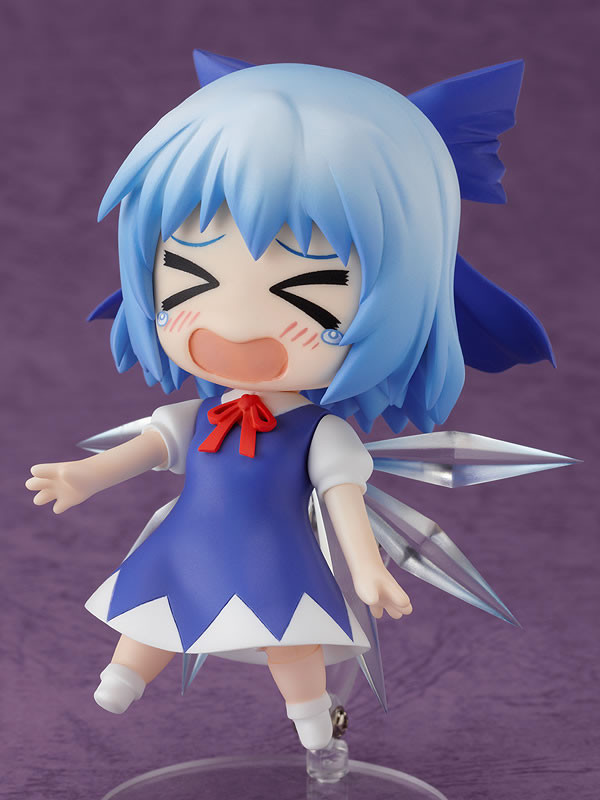 by VoiceOfReasonPast
Possibly, seeing how fairies are rarely a playable race option (outside of maybe obscure supplements). Unless you play based Tunnels & Trolls or Hackmaster where they are one of the core race options.

And I should keep more up-to-date with Paizo shenanigans. Last year they had to apologize for releasing an Adventure Path where the players become part of the city watch, all thanks to George Floyd, the Chaotic Neutral god with the domains of Air, Liberation and Destruction.


In our heads, this was a classic detective story, not a chance for players to act out power fantasies of being militarized police officers oppressing citizens. As publisher, I was confident that we could steer well clear of egregious parallels to modern police violence and handle the material responsibly.

Murder-hobos murdering the fuck out of literal sub-humans for loot and personal glory? A-Ok.
Upholding order in a city? EVIL.

(Also note that they didn't apologize for the Adventure Path where the players are the henchmen of a literal Devil-worshipping dictator.)

Fucking White Wolf and their need to roll a handful of D10 for every single check. When I still played Mage the Ascension, our group had collectively purchased around 40d10. Cue D&D and no spell that does dice/level damage actually uses the goddamn d10s - it's either xd4, x6 or xd8 damage for Fireball and Searing Ray and similar spells.
All times are UTC
Page 15 of 17
Powered by phpBB® Forum Software © phpBB Limited
https://www.phpbb.com/