Talk about the life consuming, celibacy inducing hobby that is all the rage these days.
Post Reply
167 posts

What we needed was nigger fat dyke Utena the pen and paper RPG Maker game.
These troons gotta knock it off with the 90's magical girl shows.
Top

Kugelfisch wrote: ↑
Wed Nov 10, 2021 8:48 pm
I guess overall I just don't get what the actual product is. If you have a stat system and all the mechanical stuff, you can just make up whatever setting you want?

In practice it's the opposite. The mechanical shite barely matters, having a consistent setting everyone agrees on the details on is what actually makes for a workable game.

What you have to understand is the people writing and buying the stuff VORP posts aren't active members of the hobby. They are the outsiders looking in, hoping in vain their latest purchase will buy them in to a social activity they will never be welcome at.
Top

True-and-honest gamers are perfectly willing to forgive a terrible system if the setting is rad enough and the book doesn't demand you being a "good person" every chapter.
And the greater freedom allowed in the land of tabletop RPGs is exactly why these people actually prefer stuff based on Apocalypse World, the Newspeak of RPGs. It's hard being "problematic" if the classes are restrictive to the point of having built-in character arcs.
Autism attracts more autism. Sooner or later, an internet nobody will attract the exact kind of fans - and detractors - he deserves.
-Yours Truly

It's simply ludicrous to try and set such strict rules for games that play out 90% in one's imagination (or at least even more so than board games).
Not sure if that's just me but back when I did play PnP I always modified rules and setting details that didn't seem fun to me.
Back then this was encouraged, even. So the notion of a rule book that says don't do this, don't do that. Stupid.
Yes it's called rules but it's just guidelines really. Why would you play such a game if it was too much like work, or like having endless retarded twitter arguments?

That's why pretty much every based game has a paragraph talking about a variation of "Rule Zero" (aka "if you don't like anything in this book, just change it") or "The Golden Rule" (aka "Have fun"). That's because adults know it's not as much your game as it is your customers'.

Meanwhile these insecure SJW-types are paranoid about their work being used for evil, so they write in all sorts of rules and shit about what you are not allowed to ever do.

"Okay, so this games' main bad guys are LITERAL NAZIS, so you better not give them backstories, names, faces, or really dialogue. Just make vague statements about them making incredibly racist comments or something. DO NOT MAKE THEM RELATABLE!"
Autism attracts more autism. Sooner or later, an internet nobody will attract the exact kind of fans - and detractors - he deserves.
-Yours Truly

Ermahgerd, one Nationalist hoodie worn on a spanish Warhamster event, and jews everywhere lose their fricking minds. Disregard the fact that libtard faggots have no power in Spain I like that they are seething the most that said player was awarded points for his opponents conceding, which is a ground rule in tournaments

And in other news: Dried-up Scimitar Dykes has an expansion. 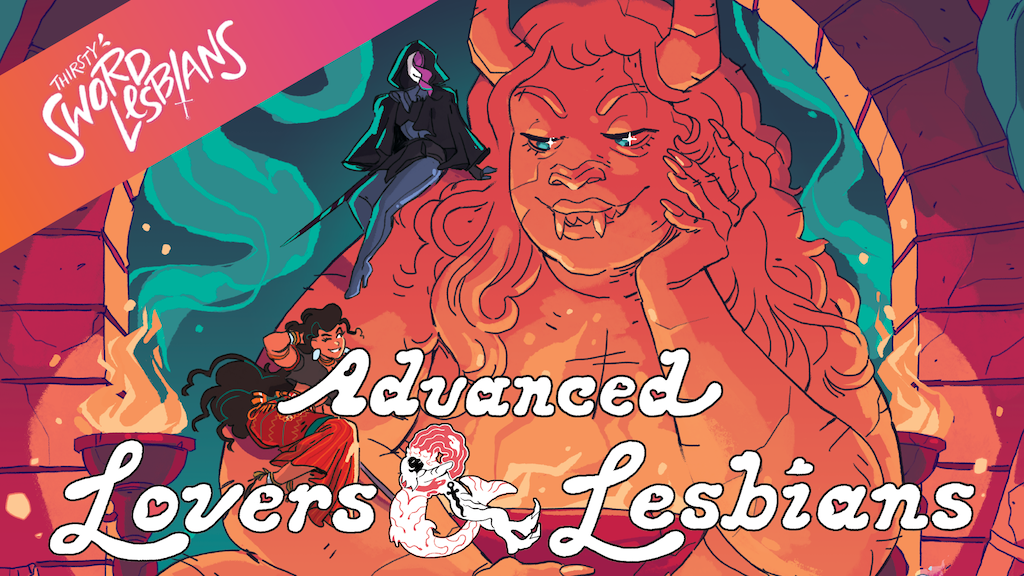 Can't find a good picture of the full cover, but it's just a bunch of bimbos standing around, plus an instance of... slavery 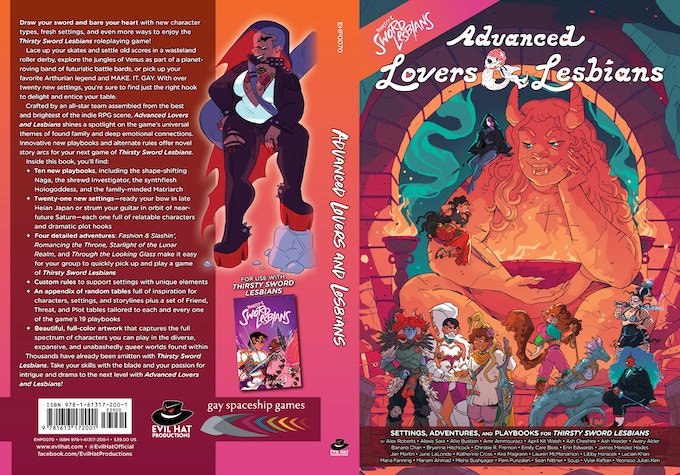 What the fuck is going on with that fat rock chick on the left? Is that her hair? How is that even attached to her head?
And of course the native lizard lesbian is the only one in bondage

Now, this is obviously a reference to the classic - and even iconic - '70s tabletop RPG book Players Handbook for AD&D 1e.

A number of problems with that: Though I must give it to them. They have come up with the most glorious tabletop RPG setting since Rifts. Behold:
SpoilerShow
Gaylords by Lucian Kahn. Abandon all subtlety, restraint, and good taste, Gaylords is a fantasy setting about gay male warlords of rival Fagtions. Embrace the high camp of the Wilde Flamingo Regimes in a comedic and exceptionally homosexual pairing of melodrama and farce, rooted in self-parody.
Also this is advertised as the system's "first expansion", but I have a hunch it'll be their last. All their obligations from the previous milestones have been fulfilled, and there's only so much you can do with "What if lesbians?!".
I bet they will focus their efforts on something even more insufferable next, which will hopefully be the Fate Decolonization Toolkit. Man, if there ever was a PDF I would just die to pirate, it's that one

Can't find a good picture of the full cover, but it's just a bunch of bimbos standing around, plus an instance of... slavery


It's not slavery, it's femmedomme, and also empowering, shitlord!

I thought that was the premise of Unsatisfied Cutlass Carpetmunchers

Still the superior choice for lesbian action. Those shallow narrative systems can never match its attention to detail.
Autism attracts more autism. Sooner or later, an internet nobody will attract the exact kind of fans - and detractors - he deserves.
-Yours Truly