Talk about the life consuming, celibacy inducing hobby that is all the rage these days.
Post Reply
49 posts

F*ck yeah! Now that's what I call an indie title that delivers exactly what it promises.

Oh, and how about Guacamelee? It's a Metroidvania with a bit of Soul Reaver in it (since a good chunk of the puzzles requre you to switch back-and-forth between real world and spirit world, though unlike Raziel you can switch worlds whenever you want, including mid-jump) and a more involved combat system (since you're playing a luchador, with multiple kinds of throws and what is essentially a Smash Bros. moveset).
Pretty nifty, actually. Lots of exploration, fun combat and very cool visuals that are always clean af because everything's in vector graphics. I also really like the the power-ups. There's no lame shit that's just "Now you can open these types of doors". Every power-up is a new special move or movement ability, all of which can drastically change how you approach combat and puzzles, some of the latter requiring you to essentially use everything you have during a single jump.

There's also a sequel out there, but I haven't tried it out yet.
Autism attracts more autism. Sooner or later, an internet nobody will attract the exact kind of fans - and detractors - he deserves.
-Yours Truly

>This thread
>This entire fucking thread
>Nobody posts any doujin game
>Nobody posts about 2hu, 2hu fangaymes, the Megaman fangames from Nippon or Cave Story
>Nobody posts any Fate gaymes from Japan, nor SRW gaymes nor the unholly Battle Moon Wars
>Nobody posts about good old games like Reddish Region's original Fightans or Maguro Lights Fate gaymes
>Nobody posts the indie games sold at festivals by small studios on their own dime because companies just won't pick them up, like Azathoth-D or Melty Blood or Nitro+ Royale -Heroines Duel- Until companies saw how much these sold so they decided to make "official" versions of them, like with Nitroplus Blasterz
>Nobody posts newshit like Croixler Sigma or Mitsurugi Hikae Kamui that are available on PC despite what steam tells you
>Nobody making mention of Examu or French Bread as the companies that begun as Doujin FIghtan makers before becoming legit video game companies with their own IPs
>And by nobody, I mean Voice, Tictac or the obviously former guestf/a/gs that have settled here And I thought you were true gamers.

Steamworld Heist is pretty fun. It's definitely Xcom Lite/mobile friendly version, but the steamworld games are all enjoyable.

I forgot all those animu games existed. I never bothered playing any of them a decade ago other than some early 2hu and then I guess I just lost interest.
Top

I have that stuff mentally filed under weebshit instead. Nobody thinks of Melty Blood as indie first, despite it being true.
SpoilerShow

I didn't want to reveal my power level too much, but you're forcing my hand here.
SpoilerShow
Now why did you fail to mention Chantelise, Fortune Summoners and Gundemonium?
Autism attracts more autism. Sooner or later, an internet nobody will attract the exact kind of fans - and detractors - he deserves.
-Yours Truly

Mentioning Cave Story would be like mentioning Spelunky. Or La-Mulana. Those games are so fucking old I can't even think of them as indies. And they're all fairly popular, or were at one point. La-Mulana got a sequel, Cave Story got a shitload of ports and Spelunky was the premier xbla game for a long time.

The rest of that weebshit you mentioned I either never played or don't care about. Arcana Heart and Blazblue > melty blood.

Melty Blub is better because I want to suck Arc's big titties.
Top

You know nothing about blazblue to say that. Blazblue has some real fat titties in it. 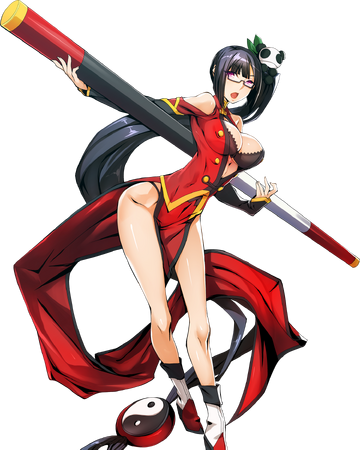 Users browsing this forum: No registered users and 7 guests