Talk about the life consuming, celibacy inducing hobby that is all the rage these days.
Post Reply
143 posts

Can't play 4k on your pc? Too many gbs?
Fucking loser!
I heard one guy say for Skyrim is that if you can install an "official" high resolution texture pack, then companies should at the very least make a separate and optimized graphics pack. That would guarantee more sales.

Most people refrain from getting a copy because that would mean getting all of these unnecessary upgrades. Sure you had to do that when PC gaming was becoming mainstream but we've gotten to the point where you can play newer games on older software.
Top

It depends, have you played old games and still enjoyed them, or do you find them bland too and not as good as you thought they were? It would by like the shitty cartoons we watched as kids, if you truly grew out of it then you would cringe at the old shit you enjoyed, like when I thought Limp Bizkit was cool at 14. If you still like older vidya, then it's the industry's fault.

The only good games were on PC and it wasn't AAA. I am not completely cynical and think every game released in the last few years is shit, I have enjoyed quite a few games but in terms of western AAA games and shit on console it has been nothing but fucking trash. Japan got their shit together after falling on their ass during the PS3/360 era (though not as good as their 80s/90s prime) and we saw the rise of middle market games that are made by more than just 2 guys using pixel graphics. I have spent way more time playing those games this gen with many new genres that were declared dead making a comeback, crowdfunding has created a lot of scummy devs screwing people over but it has helped many other games see the light of day and killed the need for indies to only make shitty 2D pixel platformers in order to be viable.

Get some reading comprehension, faggot.
SpoilerShow

Kugelfisch wrote: ↑
Thu Sep 24, 2020 10:41 pm
I'm just waiting for Disney to start buying the big ones and make everything even more bland. I can't wait for a crash.

Imagine if Kratos and Master Chief were to appear in Kingdom Hearts :3
Autism attracts more autism. Sooner or later, an internet nobody will attract the exact kind of fans - and detractors - he deserves.
-Yours Truly

Kugelfisch wrote: ↑
Thu Sep 24, 2020 10:41 pm
I'm just waiting for Disney to start buying the big ones and make everything even more bland. I can't wait for a crash.

Imagine if Kratos and Master Chief were to appear in Kingdom Hearts :3

Alongside the Avengers, of course.
SpoilerShow

Of course. Goofy was always destined to get himself Iron Man armor.
Autism attracts more autism. Sooner or later, an internet nobody will attract the exact kind of fans - and detractors - he deserves.
-Yours Truly

SpoilerShow
>Goofy
>Not Donald
>Not Paperinik / Duck Avenger himself
Come on now Voice.

However, the foot of the Famitsu article mentions the following.

“As I learned from this interview, the so-called decision button was not ○, but × was the default setting. According to the SIE public relations, this is globally unified including the Asian region including Japan, solving the problem that the operation is different between the game of × decision and the system menu of ○ decision, and the occurrence of erroneous input etc. It is said that there is an intention to prevent it.”

Igushi explains in his tweets that 26 years of muscle memory is about to be betrayed for Japanese players, a decision that could bite Sony Interactive Entertainment (SIE).

“For a very long time PlayStation had to juggle two button configurations – right side button (O) to confirm in Japan, bottom side button (X) for elsewhere. I guess they’ve finally decided enough is enough and are no longer going to give Japan special treatment.

Though I expect this will go down VERY badly with Japanese players. Unlearning muscle memory acquired through years of repetition is extremely tough. For the short term, I think JP developers are actually going to face MORE dev burden instead of less due to this…

Also, Japan was one of the countries where the major accepted mainstream gaming platforms (This qualifier excludes Xbox and PC) had a uniform menu button control scheme, as both Nintendo and Sony used Right-to-Confirm.

This change will (annoyingly) also align Japan with the rest of the world, where the Confirm button will differ depending on whether you’re a Sony or Nintendo fan – and a world of hurt if you have both!

What's next, Sony comparing themselves to PC or something far more electrically dependent to appear as saints regarding the pollution of the environment? 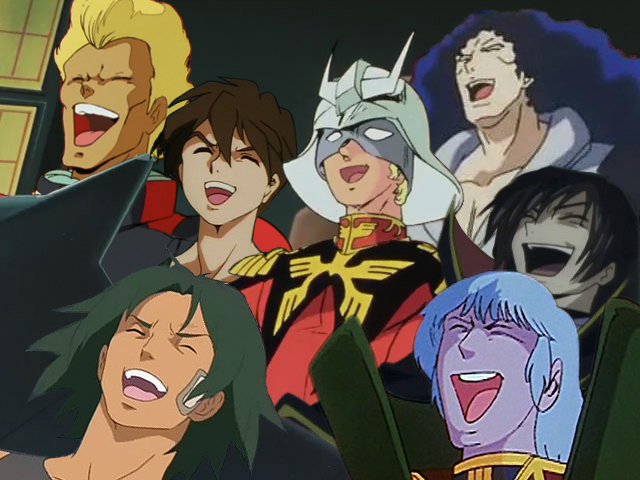 Well since Soyny moved the PlayStation headquarters to Commiefornia, they have hated Japanese gaming companies with their bullshit rules against them. Why not give the finger to the customers as well. They probably didn't forgive the Japanese for giving the finger to the PS3.

Also the carbon bullshit is because they know that Microsoft will mop the floor with them in streaming. So they are being woke to cover up their ineptitude at it.
Top

I don't know about that. The Nips did initially give PS3 the finger but were very quick to forgive SANY when they started churning out gaymes. If you see lists of best games of the 2010s or something, for the japaese about 60% are exclusive(*) to the PS3. It is fucking retarded though as an idea, who the fuck thinks

>Oh yeah, X, the symbol for denial, is better than O, the symbol for acceptance in regards to confirming things
>Oh remember how X and O are placed in the exact same way as A and B in Nintendo controllers? Yeah, let's switch that for the West
>The only other competitor that had a similar retarded scheme and swapped the Nintendo buttons around was Microsoft with Xbawks, to have B on the Left and A on the bottom so that it would mirror the Western Playstations buttons

It's a gigantic clusterfuck. I look forward to the nips not only telling Kusony to fuck off from the face of the Earth but also nip devs packing it up and just going over to Nintendo, wholesale and without any objections, just to fuck with them.


With pigs, you can reason with and ultimately use them. We get a lot of good from pigs. But with cockroaches, nothing good ever comes.

SpoilerShow
For those who don't know Pigs / Buta = Nintendo and their fanboys(a catchall term for Nintendo and the Nintendrones) while roaches / Gokiburi = Sony and their fanboys though come the PS3's endcycle and the start of PS4, they started reffering to Sony as Kusony(instead of Soyny here, made out of Kuso = trash / shit, and Sony) and now the roaches only refered to their fanboys.
(*)Half of those admittedly have been ported to the XBAWKS and PC in the west but Nips don't give a flying fuck about 360s, only the OG Box.

It's been like that since 2014. No wonder I was baffled when Kugel told me about 5ch etc, I never noticed the split and switch.Futaba is still superior and has a superior /m/, even if it is split

Me burning old tires in my fire pit just to spite greenfags emits how many kg of CO2 per hour?
Is Spoony dead yet?
Top
Post Reply
143 posts