Talk about the life consuming, celibacy inducing hobby that is all the rage these days.
Post Reply
48 posts

I hear they're big fans of Modern Warfare 2. Though I hear they renamed the intro level "No Infidel".
Autism attracts more autism. Sooner or later, an internet nobody will attract the exact kind of fans - and detractors - he deserves.
-Yours Truly

rabidtictac wrote: ↑
Tue Jun 02, 2020 5:07 pm
Cuck couldn't help but virtue signal from across the pond. Nice job saying the riots should continue when you're not affected negatively by them.

What a degenrate gigafaggot. Not only did he rise on youtube for being the absolute contrarian 15 yo gaggot, he also backtracked on several of his hot take videos and deleted them just to have good revenue and he's been lefty as fuck these last few years after he cried on his tumblr about being 19 is
>MUH DARK TIMES
>VIDYA IS ART U GUIZ

As for bongs wanting to suck on extra thicc burger (BB)C, it's been going on for a long time now apparently, I've even seen retards like that bald cuck AZ from HeelvsBabyface defening muh MURICA against them evul lefties like this video :

Though I expect too much from faggot bongs that started their youtube channels just because they got "inspired" by the wads of cash TotalBiscuit used to make back in the heydays of jewtube.

I'D LIKE TO FUCKING KNOW WHERE THE FUCK THESE SENSITIVE FAGGOTS WHERE AT WHEN FLOODS OF AFRICANS GOT INTO THE GREEK ISLANDS AND STARTED SHANKING PAKI AND IRAQUI CHILDREN WHILE TRYING TO RAPE THEIR WOMEN!

OR WHEN THE FUCKING "IMMIGRANTS" TRIED TO RAPE THEIR WAY INTO THE BALKAN BORDERS, COLLUDING WITH GYPSIES FOR MAXIMUM DAMAGE!

WHAT"S THAT? YOU DON'T GIVE A FUCK? FUCKING THOUGHT SO YOU STUPID, USELESS FAGGOT COWARDS! OXYGEN IS WASTED ON YOUR SORRY ASSES!

FUCK YOU AND YOUR FAGGOT IDEALS!

This would be funny if it wasn't the truth, these brands shill just to appease a group of people who will more than likely not pirate your gayme, not to mention even though they are disingenuous these faggots think they aren't. 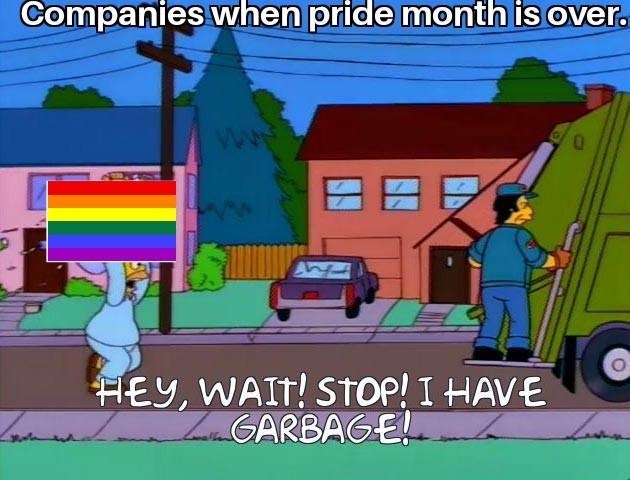 We need to stop treating soulless multinational corporations as mere opportunistic greedsters who appeal to faggot nigger baby fuckers to be trendy and instead as sincere crazy fuckers who want us dead and our kids raped above any profit motive.
Top

Microsoft and Apple have always been patient zero about those things, nothing new under the sun. What's wild is that the degredation of Nippon companies has now finally reached its zenith and they(in Nintendo's case, the Jewtendo of the West branch) are properly willing to show to the world how much they care about these shit because the cattle will still buy their products, just like what happened with capeshit.

Big nip entertainment corps need to die just as much as western game devs and Hollywood. Burn it all down and downsize to producing H doujins exclusively.
Top

It's honestly sad to see some of the good, gentle giants like Marvelous fall to the SJW virtue signaling hands just because <<<Tencent>>> brought their majority of shares with just an overwhelming amount of cash. Sony being commiefornisized makes it easier to kill without remorse but companies like Marvelous just hurt when I think about it.

Ah, of course, now with the Stadia they are too a gayme company.

Don't forget Amazon as well and their upcoming new game that will surely shake the world :

What is this, 2012? This barely advertised that thing and the framerate is not good.

Also btw, if I haven't mentioned this before, unsurprisingly Epic games and Tencent are in cahoots, or just the same company. So Abortnite and Nigger! Nigger! Chicken Finger are on the same side.
"I just feel that stating an obvious joke could get tired sometimes so I try to make something else out of it to the point where it's not a joke, rendering it not funny. It is no joke to be blind/seeing nothing but darkness."
Top

Ebin Gays owns the entire industry now because its too hard to not use Unrear Injun. Chicom propaganda will be inserted in every video game from now on as per the loisense agreement.
Top
Post Reply
48 posts