Internet channels you hate, but not worth their own thread

Talk about the internet itself instead of people.
Post Reply
967 posts

Funny how Burgers got the more religiously problematic name. "Mega Drive" even had the same amount of syllables, so it probably wasn't because they were looking for something to put into their famous Nintendon't Song.
Autism attracts more autism. Sooner or later, an internet nobody will attract the exact kind of fans - and detractors - he deserves.
-Yours Truly

You got it the wrong way around. Genesis is the burger Mega Drive. No idea why Sega USA thought it needed to have a bible name for you guys. Everywhere else it had it's better, proper name.

Because at that point, the USA branch of SEGA was still quite powerful and had quite the say in the ompany. SEGA was a company that started in Hawaii before the nips took over after all. So early SEGA acted like Nintendo of America circa 2000+. Sega what Nintendon't indeed : Innovation.

Not to mention, "Mega Drive" is probably one of the most fucking RAD 90s names ever.

Back on topic though, I have a very, very special place in my heart when it comes to the hatred I feel for this types of channels :

It's a unique kind of anger but it fucking infuriates me to no end : the kind of normalniggers that are PEAK normalcattle but instead make videos with some nontroversial opinions saying "look, I'm totally not a normalfag. I totally have divisive opinions" while fellating critical darlings or AAA games and their slave-like productions for an hour plus or when their channels are filled with "critiques" that are "please notice me senpai" levels of clingy and stalkerish about fucking AAA games where everything is super common knowledge and almost presented like a fucking reality tv show. And it doesn't fucking help that it was started by fucking cucknadians and adopted by bongs of all people just to be "contrarians".

I'm gonna need my daily dose of pills after that.

In understand the hatred for those channels. Most of the faggots have extremely terrible taste as well.
SpoilerShow

Yankee bluecoat faggotry that, quelle surprise, Youtube has been pushing to the front page for the last week.
Top

There are two other types of channel that also make my angry though to a far lesser extend :

One of them is the trifecta of topics that form the Socrates effect or "Dunning Kruger" as it's more widely known :
These are the trifecta of topics that adults like to consider meaningful to the point of them engulfing their whole life in or out of the web, where these things show their maturity, wisdom and philosophy in life yet no matter the country, it's the three toys / games adults like to play with without feeling insecure or mocked. It's a fucking eyerolling situation and since the internet attracts those that are of lesser quality, the content you get is appropriately low quality, low standard, misinformed and utterly useless in general.

Youtube and the net in general is and will always be a place for the recluses of society, geeks, nerds, extreme sport dudes that want to flex their stunts and other types of people living on the fringe edges of what is socially acceptable that week. It can be aalo be a great place to store info(among other things), especially from good, reputable sources but then again, none of the faggots in these types ever use them, not even in printed form. They are as useless as a long shitstain in the newly changed sheets on the bed of an expensive whorehouse that doesn't cater to scat fetishists. But it's fine, manchildren need their entertainment as well and if comics and movies don't do it for them, these three topics will.

Sports and cars would be in those categories since they are liked by normalcattle but at least they are fun and for what it is, people are honest about their turbo autism for these two topics, considering age is just a factor of entry not an indication of maturity like the other three. For what it's worth I enjoy some carbike talk here and there after all.

The second type of channel that makes me angry is the very obvious poser channel in gaming, where the super obvious normalnigger and often times dudebro fag, who doesn't even try to hide it because like a good Thunderjock(or former Thundercock in some cases), he has to flaunt it to all the world and tries to act like he's an expert of games when he's clearly just...

Now some may say :


How the fuck do you know he's actually a jock or a former thundercock, ban, you slimmy olivenigger faggot?

Well it's simple : they can't act their way out of a paper bag. Even the chocked up normalfags that try and pretend to have a semblence of personality like the Raycevick faggot I showed earlier and his orbiters / immitators, the dudebro is honest and flaunting himself and his opinions to a fault because that's the point. He gives value to those games he likes. And he proves it by showing you his "vast knowledge" and "hot opinions" and stuff like that. Basically these types of people are like the e-thots of twitch except instead of trying to fish young females to creep on, they just flex their e-peens and e-muscles, like the true CHAD jawks they are, to make the virgin geeks cry for daring to be genetically inferior specimens.
You knowShow
like Moviebob is. 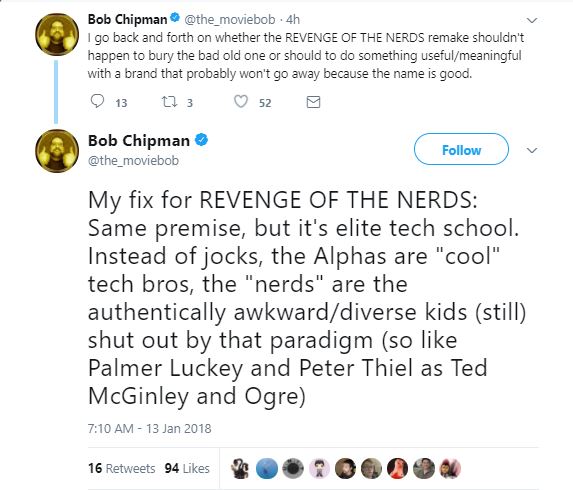 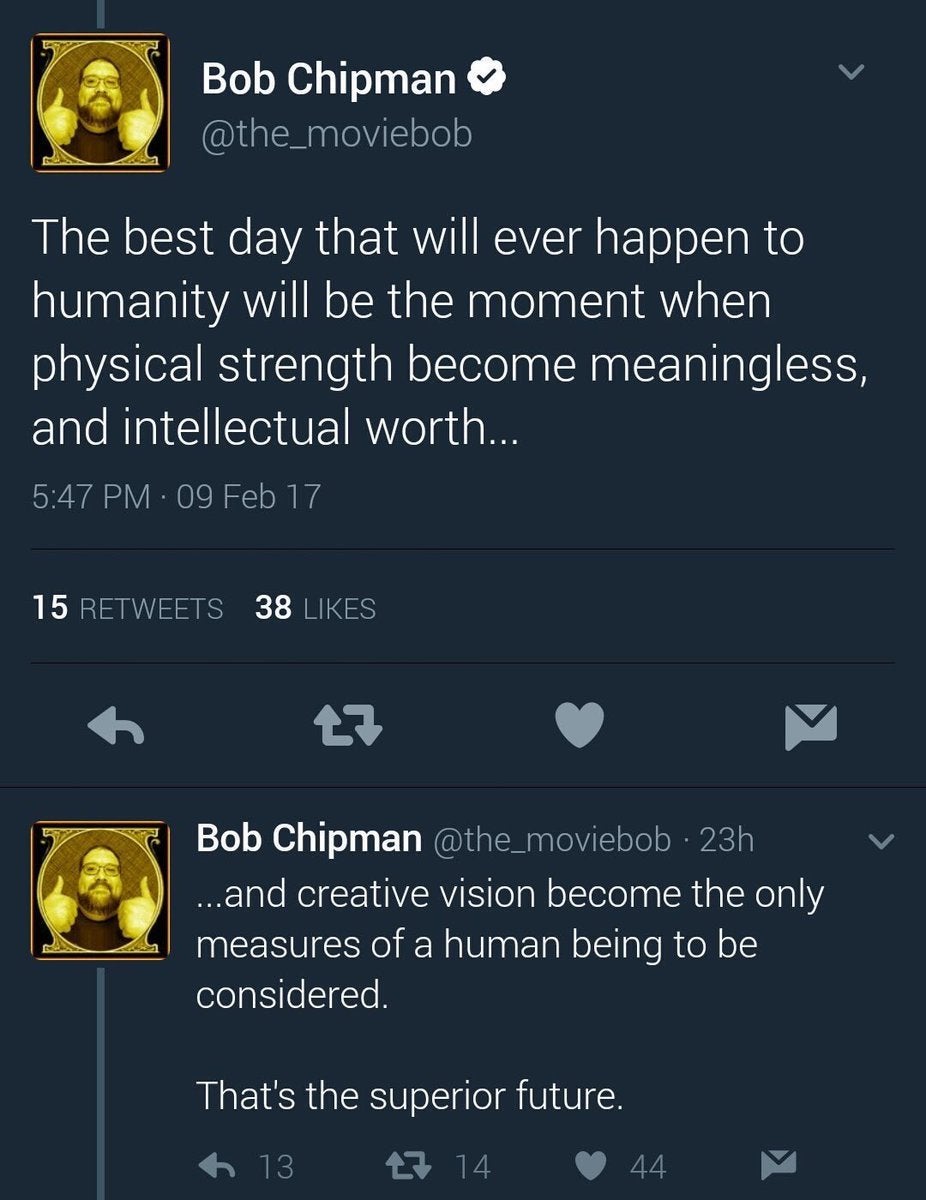 Joking aside, they are the type of channel that exists only for a special kind of self-adulation. I met plenty of guys like that and they always, ALWAYS fall hard because they are mostly egotistical and egomaniacal and must feed their egos just like Adonis of legend did. A great litmus test to see which of them are just too dumb to live is the army; just put them in an environment they think they love and either watch them fuck up monumentally or take so many pills they'll die a year later. A soldier in the barracks I stayed was getting pilled up constantly and he distributed some to his friends as well to get gains and if he did half the shit I had to do because I never got holdings nor go prison he would have collapsed five times from cardiac arrest. He was abusing them that bad.

And of course, these types exist in other nerdshit media as well but games tickle my anger a bit more since they were the first to garner such attention and dudebro shit was a very sore point in the 6th and 7th generations of gaming. DOesn't help they fucked PCs as well.

>doom (2016)
Extremely easy way to spot a faggot. Calling Doom 4 by the name Bethesda wants you to use. I don't even need to hear their opinion on it.
SpoilerShow

And has to use Awesome in the title like it's trying to cater to kids. Oh wait.

What's more sad is that you call the Megadrive a Genesis.

who cares when they look the same 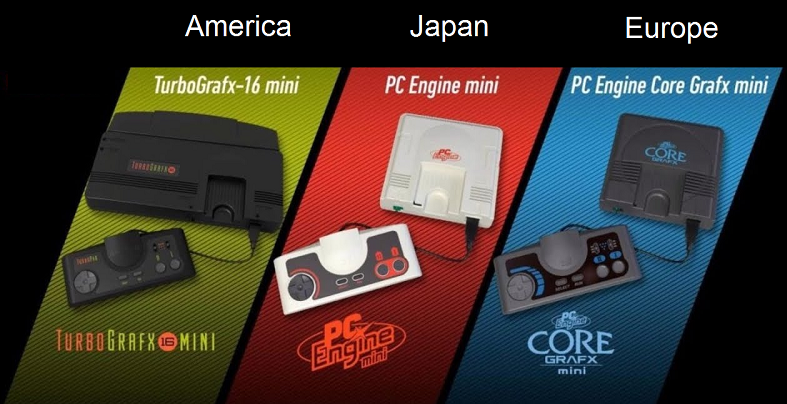 I fucking hate ETA PRIME. Every single one of his fucking videos is "Hey look at this new piece of shit tablet/Android box from Aliexpress. Let's see how well NES emulators run on it." Over, and over, and over. He should rename the channel to Emulation for Poorfags because that's all it is. Fuck.
Is Spoony dead yet?
Top

I think my microwave could run a NES emulator.
Autism attracts more autism. Sooner or later, an internet nobody will attract the exact kind of fans - and detractors - he deserves.
-Yours Truly