Suffer the consequences of your own choices, women.

It's like pottery, it rhymes. But this isn't the first time I've heard about women in crisis (rape victims, victims of molestation, abuse victims etc) fucked over in the name of Trans wokeness. If a woman says she's uncomfortable with allowing trans men with penises into her safe space (in this case, an actual safe space like a home to hide abused/raped women from their abusers, or a haven for abused women to try to get back on their feet) the trans activists all REEEEEEEEE until the shelter either gives in or is punished for failing to.

It's mostly wombyn who signal boosted this transmale/transwoman thing in the first place so much.

The replies are gold as expected. Half are completely retarded/doubling down trying to REEEE about "penis havers" (quote) and the other half either unironically or ironically (depends on the subtle nuances lol) are going "Whaaaat don't be bigots guys! Feminine cocks are still female!". People talking about "Oh...I was GOING to move to Cucknadia, but it's clearly sexist." Pretty sure I even saw a Leaf talking about how Trump was more tolerable than his own government.

I love this. I absolutely love it. NPC scripts are running out and becoming more and more corrupted as time goes on. It's their own personal Y2K.
Signature | CLASSIFIEDShow

As expected from Twitter most of the idiots read the headline and REEEE'D without realising it's about trannies being excluded and not regular men. Look at how these pieces of shit react when they think one of these rape crisis will be forced to actually care about both genders.

And that is why I have no problem with the actual story. You idiots brought this on yourselves, you deserve to have disgusting degenerates like Jonathan Yaniv and Chris Chan pretend to be women solely to sexually harass you for assuming every single normal white male was like that and making that assumption into law.

May the trans invasion of feminism continue.

Lawl. That city council looks like it's half women, too.
Not a single comment daring to accuse/blame any of them for selling out their gender.
...and still: Spoony did nothing.
Top

Women aren't capable of being loyal to anyone. They're not capable of self awareness either which is why nothing will change.
Top

Tony Schiavone wrote: ↑
Sat Feb 29, 2020 3:58 pm
Not a single comment daring to accuse/blame any of them for selling out their gender.

Gee, maybe bashing straight men at any cost wasn't such a good idea. Can't say I give a single fuck. At this point based Shatner sums it up quite well.

Beat that Spic...with your dick.
If you bully them enoght, they kill themself faster then a mommy hamster eats her babys when she gets startled.
"I had this nurse yesterday who was super careful giving me morphine and she sais "this could kill 4 of me lols"

That was fun.
-Auli
Top 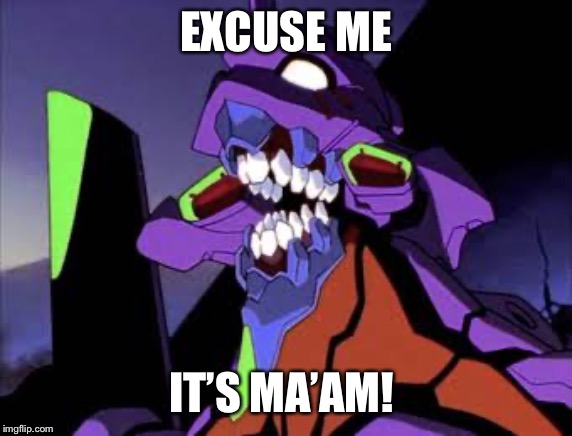 Jesu Otrannu got fired from Crunchyroll and came crawling back on her hands and knees to ANN and got her old job back.
CURRENTLY BLOCKED BY: Nostalgia Chick, Todd in the Shadows, JesuOtaku, Linkara, MarzGurl, DC Douglas, Spoony
Top

So it's time for her husband/boyfriend/whatever he was to go back on his hands and knees and get pegged in the ass again?
SpoilerShow