rabidtictac wrote: ↑
Fri Jul 24, 2020 4:22 am
The Searchers had me bored and the story was so obvious I knew what was going to happen as soon as they unfolded the premise.

That's not a fair criticism to a 60 years old movie.

It's boring as fuck though. It might have been one of the first, but the premise isn't even a good one. The Good, The Bad and the Ugly had a great premise. Three outlaws try to find a big pile of gold. Each knows a certain amount of information on its location and endeavors to learn the rest so they can kill the others. Or how about the premise of Unforgiven? Failed farmer takes a contract assassination so he can save his kids from starvation. Even high noon! Sheriff prepares to confront outlaw gang, as entire town turns its back on him.

The Searchers? Fucking injuns kidnapped some bitch, blah blah she got raped and became an injun herself, cries about her life being hard, blah blah. The cinematography is the main reason people like The Searchers.

rabidtictac wrote: ↑
Wed Jul 22, 2020 1:06 am
I'd argue there were more excellent westerns made after 1960 than before. The only really good one that comes to mind from the old days is High Noon. Most westerns prior to spaghetti western's reinvention of the genre were stale, formulaic and dull. They had more in common with episodes of Bonanza than anything challenging. The reinvention of the western gave us The Wild Bunch, Unforgiven, 3:10 to Yuma, The Good, The Bad and the Ugly, Fistfull of Dollars, Once Upon a Time in the West, Tombstone and even television shows like Justified. All of which have more going on than the John Wayne bullshit which came before. 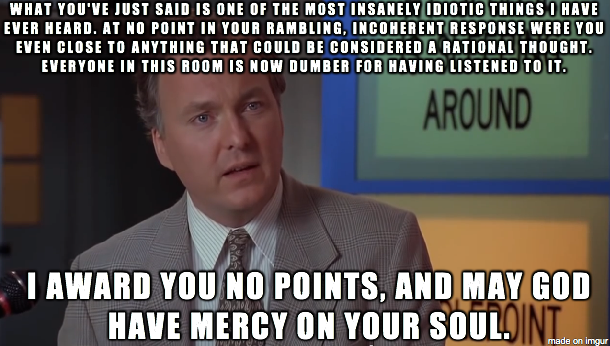 rabidtictac wrote: ↑
Fri Jul 24, 2020 6:22 am
The Searchers? Fucking injuns kidnapped some bitch, blah blah she got raped and became an injun herself, cries about her life being hard, blah blah. The cinematography is the main reason people like The Searchers.

Ethan, the character that John Wayne plays, is pretty fascinating and one of the main reasons the film is so popular/influential though. He's a cold, ferociously determined man who despises Indians to the point that he tries to murder his niece for accepting the Indian lifestyle that she was forced into. Even by post-1960 standards, Ethan is a very dark, morally ambiguous character. I mean, compare and contrast him to Eastwood's Man With No Name: Eastwood's character is a lawless drifter, but he never does anything as cold-blooded as attempting to kill a defenseless teenage girl. Ethan's psychotic attitude gives the film an edge that holds up pretty well. There's nothing wrong with disliking The Searchers, but there's more to its enduring popularity than simply its cinematography.
"I'm a nasty cock slut" - Lewis Jeffrey Lovhaug

I mostly don't like the westerns where indians are the enemy because I don't find that time period as interesting as the later years of the wild west.
SpoilerShow