I don't mind either. Heck I was doing long posts on the Gunt and plan to get to it again.

As long as this guy trims the fat it is fine. Hell I love that the retard Pat doesn't get the reason to get rid of the China software. Other countries are talking about how concerning it is with them starting to ban them as well. But his small brain can't comprehend that.

These recaps are alright. He does it so we don't have to.
Autism attracts more autism. Sooner or later, an internet nobody will attract the exact kind of fans - and detractors - he deserves.
-Yours Truly

My rant was unwarranted but the amount of stuff to read through in sections annoyed me.
"I just feel that stating an obvious joke could get tired sometimes so I try to make something else out of it to the point where it's not a joke, rendering it not funny. It is no joke to be blind/seeing nothing but darkness."
Top

No, it was spot on.
Is Spoony dead yet?
Top

I'd rather skim the big posts than watch the videos. I don't know how he stomachs sitting through the whole thing. Pat and Ian are charisma vaccums that aren't even well informed.
Top

She still does stuff, a quick google search reveals that 2013/2015 stuff. Julia Faire or also known as Daniella Deviant

Finally lurking this thread has paid off. This is right up my alley.
Thanks dood.

As for Pat I thought he was really dead or something. Suppose he went the way of all INs and stopped doing anything other than babbling in front of a camera about irrelevant things.
It's a trap!
Top

This really implies that these two idiots are the only ones you focus on and the sheer amount of detail that would make fucking Ayn Rand cry from beyond the grave. This shit is the definition of filler. Like saying Pat he likes video poker. Like who the hell cares?

It's not about what he likes, it's about if it's relevant to him or not. I don't give a shit about if he likes Video Poker unless it adds to his character.

You gotta try really hard to get anyone hear to care about Pat, especially as much as you seem to putting all this effort in for no reason.

Counterpoint: Pat's a faggot who's writing a collecting guidebook about games he's pirating. Ian's a drugged out loser who's probably going to kill himself once physical video games die off and Luna goes under.

But even I'm burning out over the Floyd riots and Pat's Amico insansity. I admit it started bloating because of this shit. I'll work on cutting it down to concentrated faggotry by these two. Focusing on one episode per post should help.

Episode 227:
Also, Ian posted this lovely selfie on Twitter to show off his new glasses: 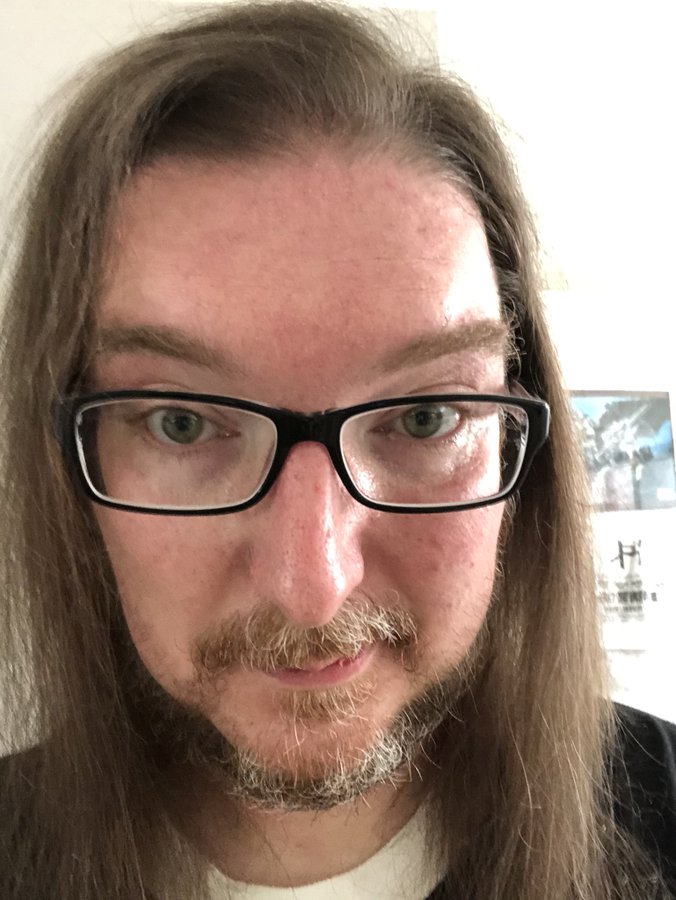