Salmonella wrote: ↑
Thu Jun 25, 2020 4:20 pm
I'd like to know what kind of kickbacks these "investors" are supposed to be getting. These places are notorious for having low profit margins as it is. Now they're saying they're going to have the food and the games cheap. At the very least he's going to have to hire a cook, bartender, and arcade maintenance guy. He's gotta pay rent, insurance, electricity, etc. PLUS he's gotta give kickbacks to his "investors"?

It's just nonsense. The highest profit margin a bar has is on hard liquor. That's already right out the window with a barcade. You can't serve it either because kids won't be allowed into the place or because you don't want fuckers break shit.

You really need a maintenance guy. Pinball machines need constant maintenance. Arcade games not quite as much but they are also more boring and don't really draw much of a crowd these days. You'd likely get the most out of fitan gaem cabs.
As I said, you could make a modest living from a barcade if you're really good. Paying off investors? HA! No chance.
SpoilerShow

Pat's acting like a shithead again, so it's time for another update of the Consume prodUct Podcast.

Current update is CU Podcoast episodes 213 to 218, plus various live stream in between.

This time around, Pat "Scumbag Writer of the Week" Contri and Ian "Degenerative Disc Disease" Ferguson go berzerk over the Amico, discuss the "murder" of George Floyd, and complain even more about people not wearing masks.

I so wish he had the Kung Flu and spread it. That would be hilarious.

I wish he was among the .04% of Burgers who died of it. The rare times I read these recaps show me how unlikeable and useless this guy and his friends are.
Top

I know I've been selling parts of my collection, I've basically been waiting for this time where idiots would pay $100 for a PS2 game I bought for $5. Anyone who doesn't sell there shelf dust right now is a complete idiot. 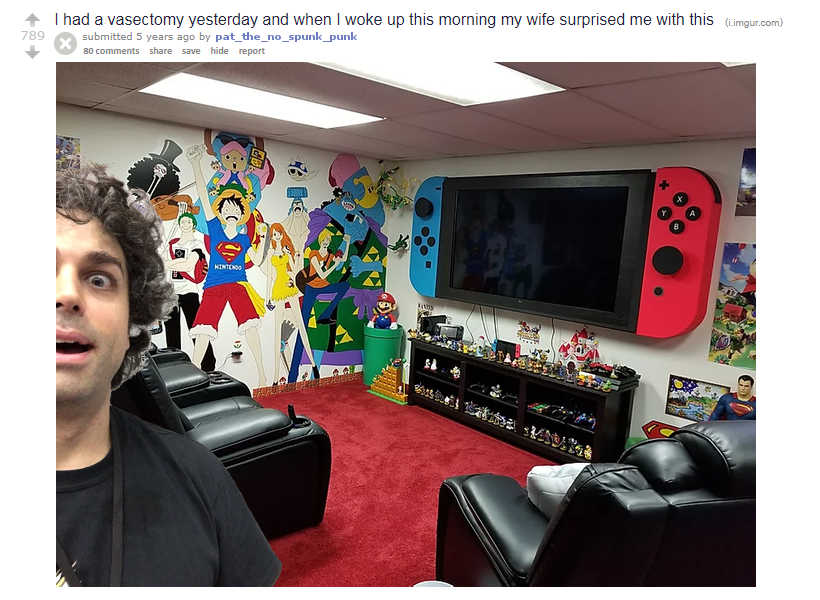 Another update in the lives of "Where's the Polymega, Pat" Contri and Ian "Ballshaver" Ferguson on the Completely Padded Podcast.

Does anybody give a flying fuck?
Top

I want to talk about Dr. Disrespect and the stupidity behind he must have done something so bad. Funny part is that it's more likely the opposite. Twitch is being so vague because they know the ban was bullshit. People would understand if it was really serious but they know they can't justify it.
Top

I applaud Pat's decision to remove himself from the gene pool, but why

?
Autism attracts more autism. Sooner or later, an internet nobody will attract the exact kind of fans - and detractors - he deserves.
-Yours Truly

Dehbashi wrote: ↑
Sat Aug 15, 2020 2:27 am
I want to talk about Dr. Disrespect and the stupidity behind he must have done something so bad. Funny part is that it's more likely the opposite. Twitch is being so vague because they know the ban was bullshit. People would understand if it was really serious but they know they can't justify it.

I wouldn’t be surprised if some top dude looked at what they were actually contractually obligated to pay Dr. Disrespect and immediately freaked the fuck out. It could be a situation where breaking contract would be cheaper in the long run them paying him whatever millions he was entitled to.

That or he like, raped a bunch of women, but don’t have any evidence to back that? Honestly that seems unlikely, usually the whole “sexual harassment” shit gets leaked pretty quickly. I dunno, maybe he groped a chick that works at Twitch and that got him terminated but no one wants to mention it yet because they’re powering up their lawyer levels? Maybe? I dunno.
Top
Post Reply
1414 posts