If any of that turns out to be true you'll hear me laughing globally.

Brad Jones will never be interesting again it feels like.
Signature | *Laughs* It's a joke. It's all a fucking joke.Show

Was Brad ever interesting post BOTW? Lupa is the interesting one in all of this because of her reaction to Brad not accepting her bullshit and he’s to boring and sensible to actually say anything about Lupa.
Top

TheManWithNoPlan wrote: ↑
Wed Jun 24, 2020 5:29 pm
Was Brad ever interesting post BOTW? Lupa is the interesting one in all of this because of her reaction to Brad not accepting her bullshit and he’s to boring and sensible to actually say anything about Lupa.

Brad’s best and worst quality is that he’s persistently mediocre. He’s not among the worst of the CA or ex-CA producers, but he’s not among the best either. He’s popular enough on his own, but not a big enough name to be independent like Angry Joe or Lindsey Ellis. His videos are mediocre, but there’s a level of quality that’s apparent and his output remains constant. The only thing of note about him is how needy he is, but that’s been sorted ever since he got a wife. And also he’s a total SJW, but aside from making videos focused on religiously tilted films that aspect of his personality doesn’t come out enough to make him interesting. He’s a milquetoast liberal, the most boring kind.

I just wrote a three pages long rant on how Brad a chronically betrayed craven manlet... on the process of creating an account to actually post it. The moment tI get the email I'm probably drowning this thread and immediately getting banned for it.
Top

So I’ll be the first to admit it, I kinda like Brad, hell, if we grade on the curve of INs he’s the most like an actual adult, not a shrill husk of a fame starved crustacean.

The thing is: He’s a fucking coward, he’s such a spineless fucking worm, Doormat Jones has had a fucking parade step all over him and he does fuck all about it. Like let me build a tentative list that I’m sure won’t include everything:

-Jillian Zrkshjlpqzy: Brad’s first ex-wife, stopped riding his dick but kept riding his coattails, moved on to a blacker dick but he still talks to both of them and occasionally boosts their Z-list tripe.

-Jerrid: his eternal natural satellite, Ogre creature that has disowned Brad on several occasions but in time always comes back to him. Also, apropo of nothing, he’s fucking rock stupid, like no joke just dumb as a sack of bricks, anytime you see a video with him I guarantee you he gets something even preschoolers think is obvious wrong at some point.

-Brian Lewis: Happily rode his jock for years, got cucked out by two of Brad’s friends, continued to work and hang out with Brad despite later doing his best to paint himself the victim to… let me check the notes… a joke he partook and profited from… and uh… gaining a platform from a man who never had a single bad word to say about him even after multiple backstabs. A modern victim if I’ve ever seen one, what a fucking pathetic man.

-Jake The Snake: Happily wallowed on the tiny fame Brad gave him, furiously cucked Brad, plowing his deranged almost-wife (one of them). To this day Brad will sometimes mention him in a good light (talking about how funny the videos he was on were) because he’s a spineless worm.

-Lupa: has her own thread for a reason.

-Phelus: Got way more exposure and fame from Brad than he ever did Loopy, honestly had a lot better chemistry with him than her, but alas, he must maintain the farce and thus sided with his alleged girlfriend when the time came, despite the fact Brad continues to praise him despite the fact Lupus ignores his existence save for when she can slap him on a thumbnail to try to scratch some more views from him.

-Linkles: Professed close friend of Brad, who several times used the better connected Brad’s set crew friends to fulfill his abyssmal ego stroking projects, now wholly devoted to the holy Jihad on BaldyLand as dictated in the name of Allahson. Always cries DO NOT HARASS CA PEOPLE while enabling the Ayatollah Pregleni who has openly called Brad a traitor, manipulator, a pedophile, a deadbeat dad and probably a rapist, give it time if not.

-NobodyX: The one IN who has failed to even use his minority card to manifest any kind of relevance, once, the most desperate and thirsty of Brad’s hanger-ons. After failing for years to suck even a little bit of relevance from Brad’s dick, co-signed the fatwa on him when he thought it might make him relevant and kept claiming he’d EXPOSE him. It obviously didn’t, because he’ll never be relevant, so he went back to invite Brad to his livestreams, which, Brad being a spineless bitch baby, totally agreed to…

-Kyle (Onahole Citizen): Holy shit, Kyle is a fucking mutant. A titanic incel who desperately tries to hoard good boy points to get laid. Thirstily pursued Brad to get notoriety, which worked, then he tried to assault one of Brad’s girls (Jillian or Mantis, not sure which) after which he cut contact with Brad and decreed hima fucking monster. Later, he crawled to Brad to request a cameo for one of his videos, Brad, a dickles manlet, DID IT. After the guy had tried to fuck one of your drunk GFs you just “why sure buddy!” him like a cucklet loser, Brad then commented on this “this guy blocked me, unblocked me to request a cameo, then immediately blocked me again” to which Kyle virtuously refused to use the cameo he had so valiantly begged for. (Kyle is also one of Lupa’s main cronies, seeing as she took a page from Holly’s book of enabling rapists to turn them into loyal flying monkeys, see Phil Buni)

-Film Brain: Gladly cameoed constantly for Brad and features with him to try to garner relevance despite the fact he’s a shrill gormless buffoon who sounds like a deflating balloon in a Guy Ritchie movie. He cameod with him more often than perhaps anyone else, yet took up the Jihad the moment taskmaster Loopy peer pressured him into it. Burning the most solid bridge he had, his channel is about half the size of Lupa’s and he pulls similar views, and unlike Brad I can’t name the last time Loopy let him ride her miniscule coattails.

-Tony Sheckles: I don’t know how much of a contact they had beforehand, but I have to point out that during the Jihad on Brad’s grieving wife (the justice of the Loopy one knows no sacred ground but the one she walks on) Brad tried to contact him to give his side of the story, as a good Jew, Tony is not only a greasy goblin-like manlet, but also a craven backstabber, so rather than lend an ear to an obviously distressed and grieving man he outed his plea for help to the woman who once called him a pedophile. Reminding us all that jews like him are nothing more than the world's worst soap ingredient.

There are probably other Z-listers from CA who have now taken the cause against Brad despite the fact he wasted his platform enabling them for years. Hell the one time he tried to fight back against the Jihad on his name was when Loopy’s twitter boko haram taunted him and his family about his father in law’s suicide. Tormenting an innocent grieving family for the invented sins of a manlet who refused to fuck the precambrian hag. She then spun his lashing out at this horrific breach of privacy and abuse of a vulnerable time as another excuse to break out buzzwords and play victim at invisible threats, outing private conversations with a grieving woman and fanning the hate they’d been victim of while refusing to take even the slightest responsibility for it. Decontextualising the grieving family’s current and very real pain to paint herself as the one whose fee fees were hurt.

And did it work? Boy did it, Brad deleted his twitter account in a hissy fit and Loopy used this as an opportunity to plant the shrilla flag on the holy land. She then monopolised the narrative against an opponent who refused to respond, painting the absolute nothing she was subjected to as the biggest transgression and going into a months long meltdown about how the bald manlet had ruined her life and not her incessant need to be a bridge burning cunt monster. She faced the hints of consequences for her lying and callouts and went scorched earth on his ass, and since he’s a spineless sea sponge it worked.

Brad is a fucking coward who picks friends worse than a midget picks apples.

And when he’s unavoidably betrayed he just lets them like a bitch. And when the people who backstab him ask for his platform back he obliges him. MARK MY WORDS in the future Loopy will be desperate enough to try to network with him again as her views plummet to insignificance. And he, being a fucking craven moron, will oblige her.
Top

I can't be arsed to deal with this wall of text this late but you weren't kidding about that three page rant.
SpoilerShow 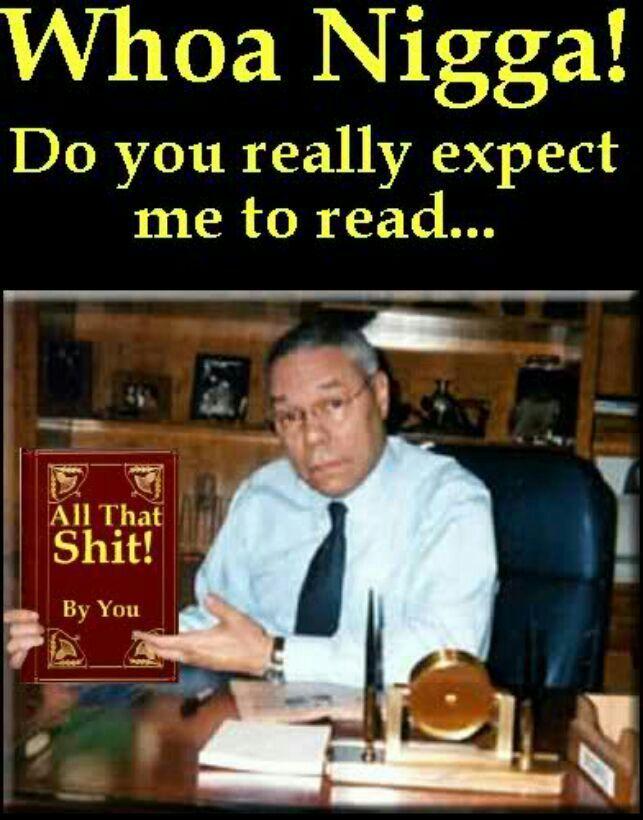 I see this masterwork more like taking a long, massive "tacos and beer" shit, horrible, but cleansing. Feel free to pick through it if you wish.

I'm shocked kuge didn't, krauts are known for having a shit fetish.
Top